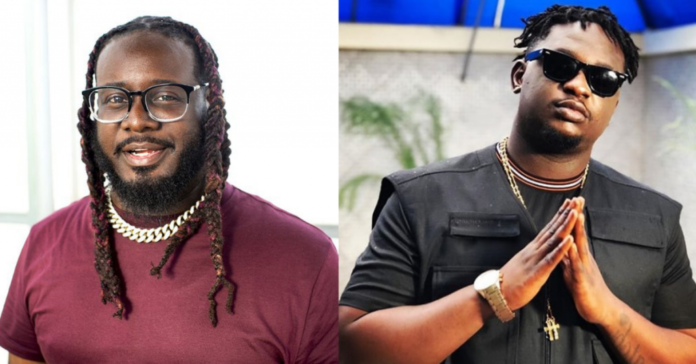 American prolific singer, T-Pain and Nigerian soul-stirring vocalist, Wande Coal have a new song together, and the snippet sounds intense.

T-Pain and Wande Coal had first given hints on Twitter that they were working on a song together yesterday.

T-Pain debuted his verse in the tune on his Twitch platform in a new video that just surfaced. 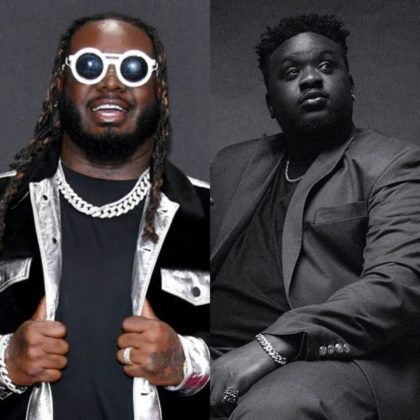 The story of how this happened could be traced to Nima Etminan, Vice-President of EMPIRE distribution, Wande Coal’s label, had submitted the song to T-pain, who delivered his verse and, in addition, provided some extra baselines.

While playing the track for Nima on Twitch, T-Pain credited himself for his verse, encouraging the Empire CEO to pair him with Wande Coal so they could relate directly. 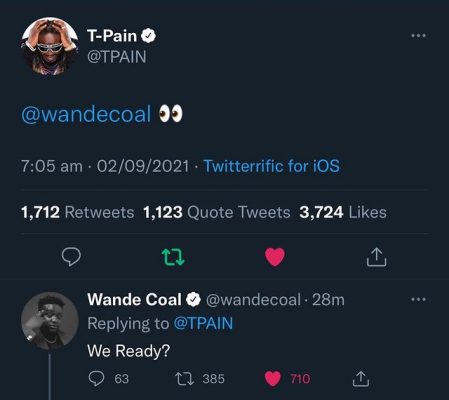