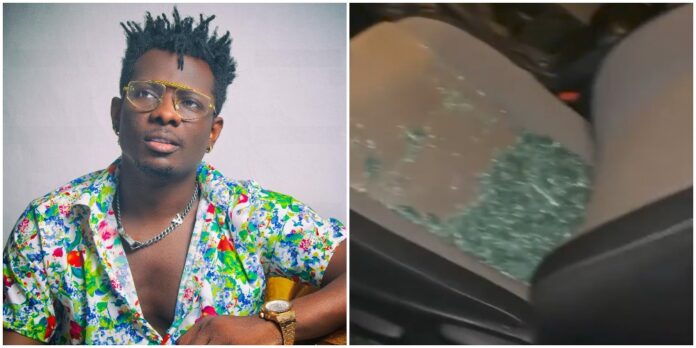 Terry Apala, the Nigerian musician, has narrated how he and his crew were attacked and robbed yesterday while they were stuck inside gridlock in Lagos.

In a video shared via his Instagram page today, the musician said the assailants attacked them with cutlasses while trying to navigate through the gridlock at the third mainland bridge.

A voice narrating the incident in the video said the suspected robbers made away with their phones after they destroyed their car.

“F*ck it, Nigerians Lagos is not smiling. We were stuck inside Lagos traffic and some guys came out with cutlass, they took our phones and destroyed the car,” the voice said.