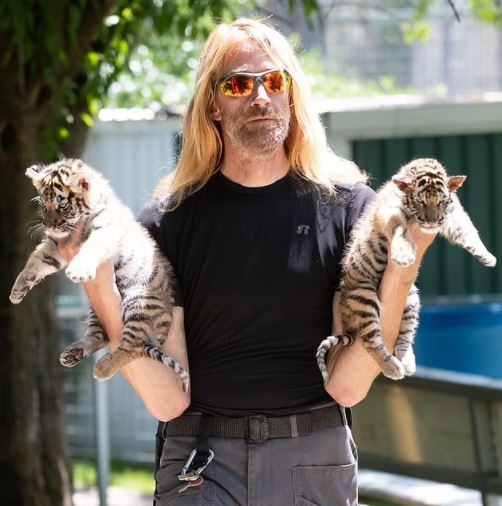 Tiger King star Erik Cowie, who rose to fame as a zookeeper on the hit Netflix series, was found dead while face down in a bed inside a Brooklyn apartment on Friday evening.

NYPD told Dailymail.com that ‘police responded to a 911 call of a unconscious male inside 21 East 55th Street’ near Remsen Avenue in East Flatbush at 5.30pm on September 3.

EMS pronounced Cowie dead at the scene but NYPD have not confirmed his identity.

According to police and the Medical Examiner has yet to determine the cause of death.

A law enforcement source told TMZ Cowie was in town visiting a friend at her apartment, where she found him dead. Officers claimed they knew Cowie used alcohol excessively and allegedly found a large bottle of vodka at the scene.

The Greater Wynnewood Exotic Animal Park announced the news on Tuesday afternoon. ‘It comes with great sadness to say that a dear friend and hard working employee has passed away,’ the business said in a Facebook post.

‘He absolutely loved all the animals and would show up early to check on each and everyone. He had his Demons but the animals helped bring joy and happiness in his life,’ the post read.

It’s unclear why the 52-year-old TV veteran was in the Big Apple as he usually resides in Oklahoma.