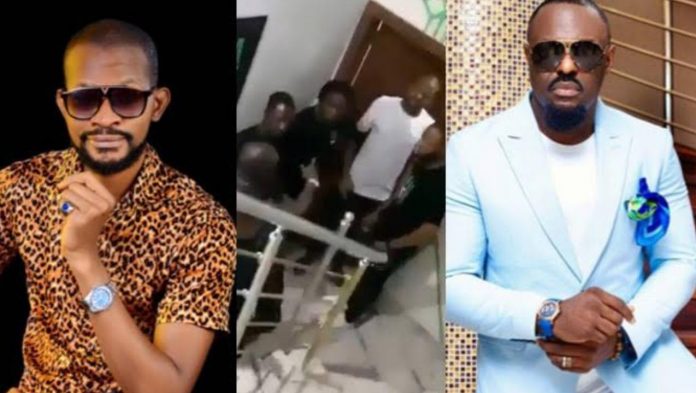 Uche Maduagwu, the self-acclaimed actor, has again taken a swipe at Jim Iyke days after he confronted him.

TSB NEWS had reported how Iyke engaged Maduagwu in a heated fight at an undisclosed studio in Lagos.

Although the immediate cause of the fight was unknown, the confrontation had come after Maduagwu questioned Iyke’s source wealth in a social media post. 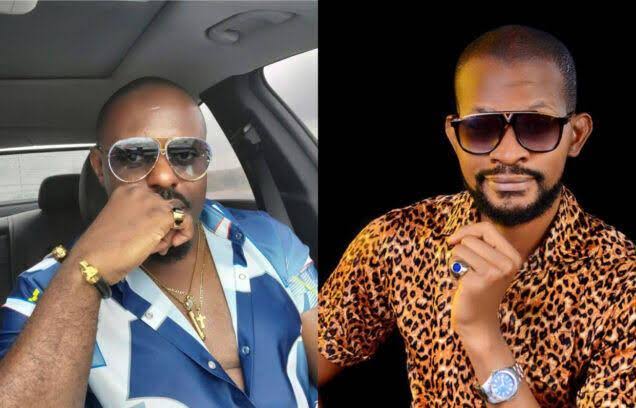 But yesterday — about a week after the clash — Maduagwu, who is best known off-screen for trolling public figures, called out the actor again.

In a short video via his Instagram page, the self-acclaimed actor could be seen at a cinema where ‘Bad Comments‘, Iyke’s new movie, was being screened.

Maduagwu said he had visited the facility to confront the actor, alleging that the latter ran away after he got wind of his presence.

“I was at the cinema because dem talk say you go come there today but Jim run when he hear say Uche dey around. Person spends 100 million naira for one movie what is the job he dey do,” he wrote in a post accompanying the video.

In the clip, Maduagwu said Iyke must explain how he came about his wealth, threatening that the Economic and Financial Crimes Commission (EFCC) would soon come after him.

“You come my office, you come beat me up. I am here, check me out. I am here, I am here. They told me that you were going to be here Jim Iyke. This film cost N100m; N100m nah in you take do this film. Where you get your money? How did you get the money?” he queried.

“N100 million to promote this movie. That is a high-budget movie. Where you get your money? Jim Iyke what are you doing? Just don’t worry, EFCC is coming to carry you. N100m for a movie in this Nigeria where money no dey. Where did you see the money from? You come beat me? Sebi you fit fight taekwando? We go meet again, Jim Iyke, we go meet again.”

Maduagwu went on to dare Iyke, saying people should expect “round two” of their earlier clash.

BBNaija: See How Fans Voted That Got Rico Swavey Evicted