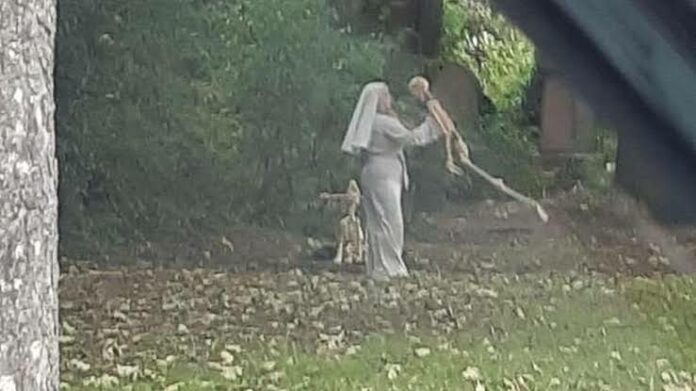 A woman who was dressed as a nun created a scene at the old Hull General Cemetery in England, as she was seen dancing with skeletons beside a graveyard. 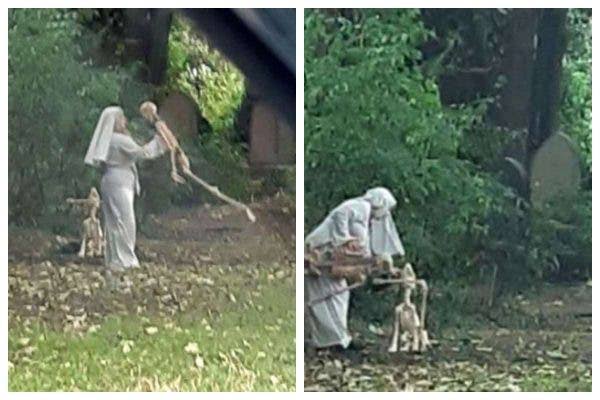 It was obviously something to wait and watch for passersby as the woman appeared to be dancing with what appeared to be a human skeleton while petting a dog skeleton.

The person who filmed the woman said there were others outside the cemetery who looked confused as they watched the woman. 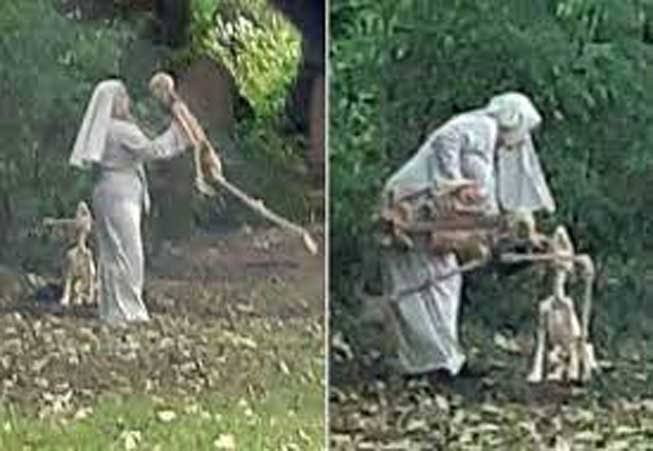 Cars also slowed to watch the woman who was joyfully dancing with a model human skeleton and playing with the dog, Hull Live reports.

A startled witness who took the snaps from a passenger seat said: “Literally, she was stood at the cemetery on Spring Bank West opposite the turn off for Hymers school. She was dancing with a skeleton. 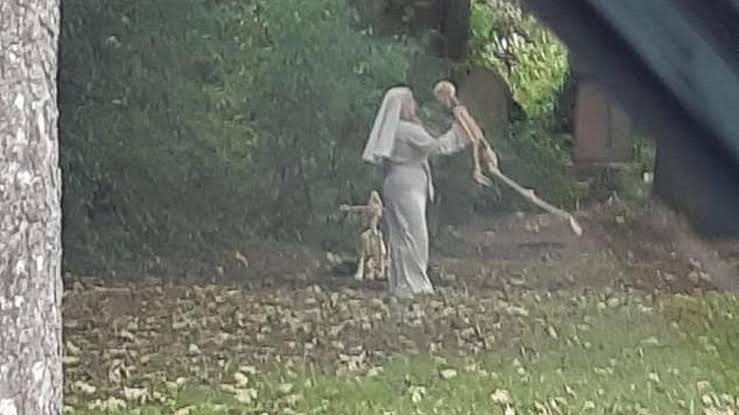 “It was clearly attracting a lot of attention with people stopping to watch nearby and people in their cars looking!”

The odd spectacle happened just before midday on Saturday, September 11, on the busy road into Hull.