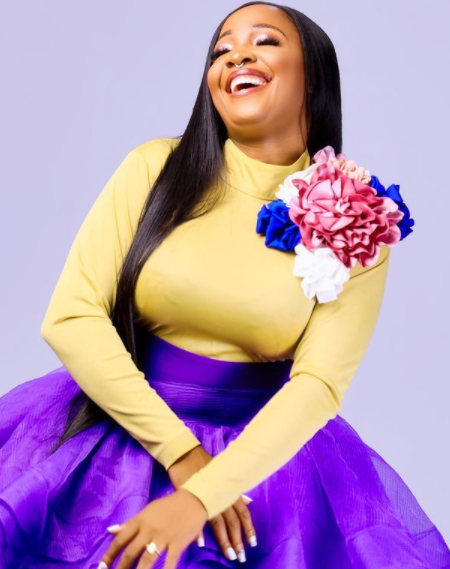 Lucy Edet has sent a warning to those who have her phone number after she received a message from a stranger.

She shared a screenshot of the message she received. In it, the stranger, a Port Harcourt based businessman, is seen telling her that he’s in Ikoyi, Lagos, and wants her for the night.

“Let this be the last time anyone gives out my number without my permission, ” Lucy wrote alongside the screenshot. 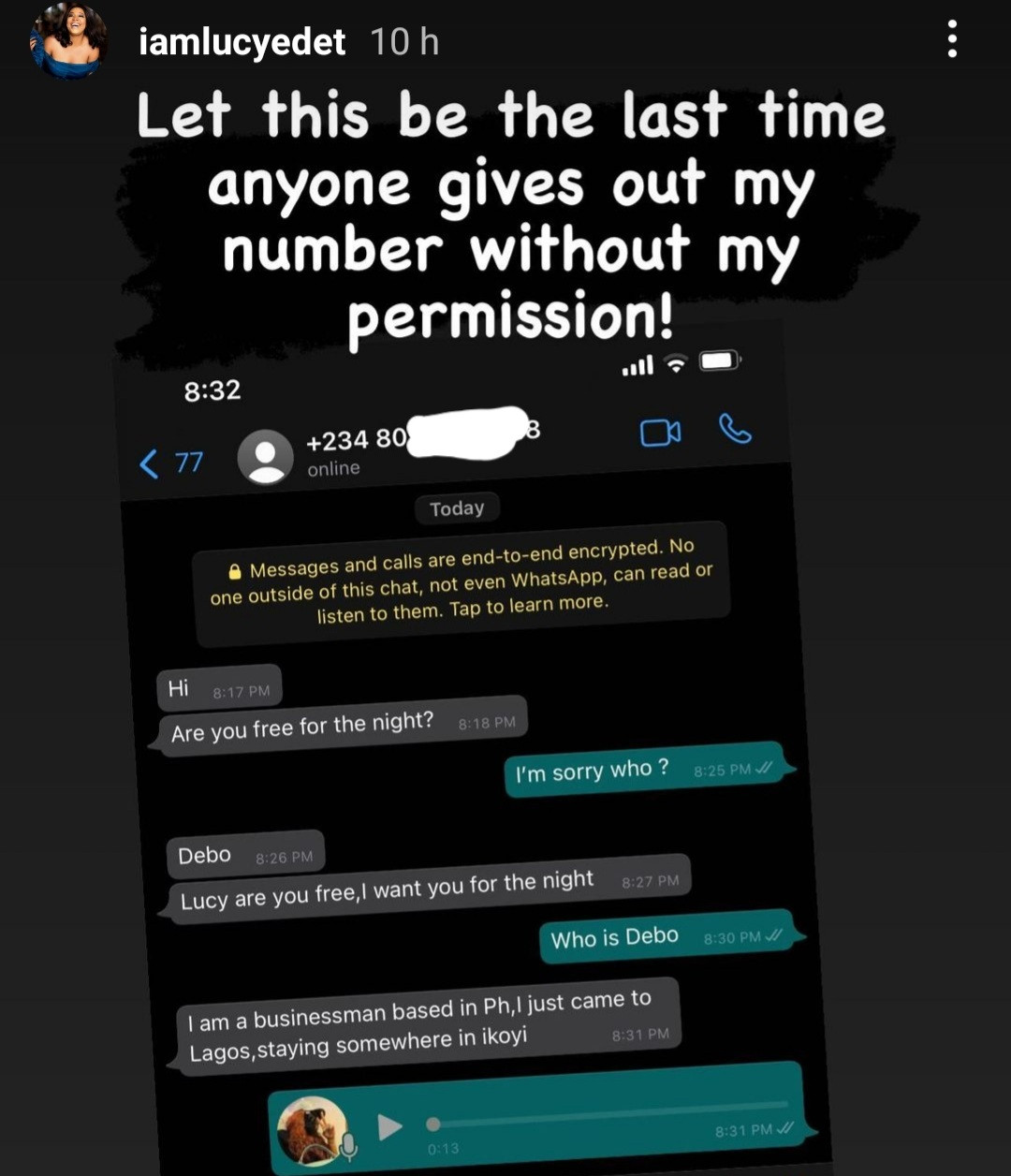 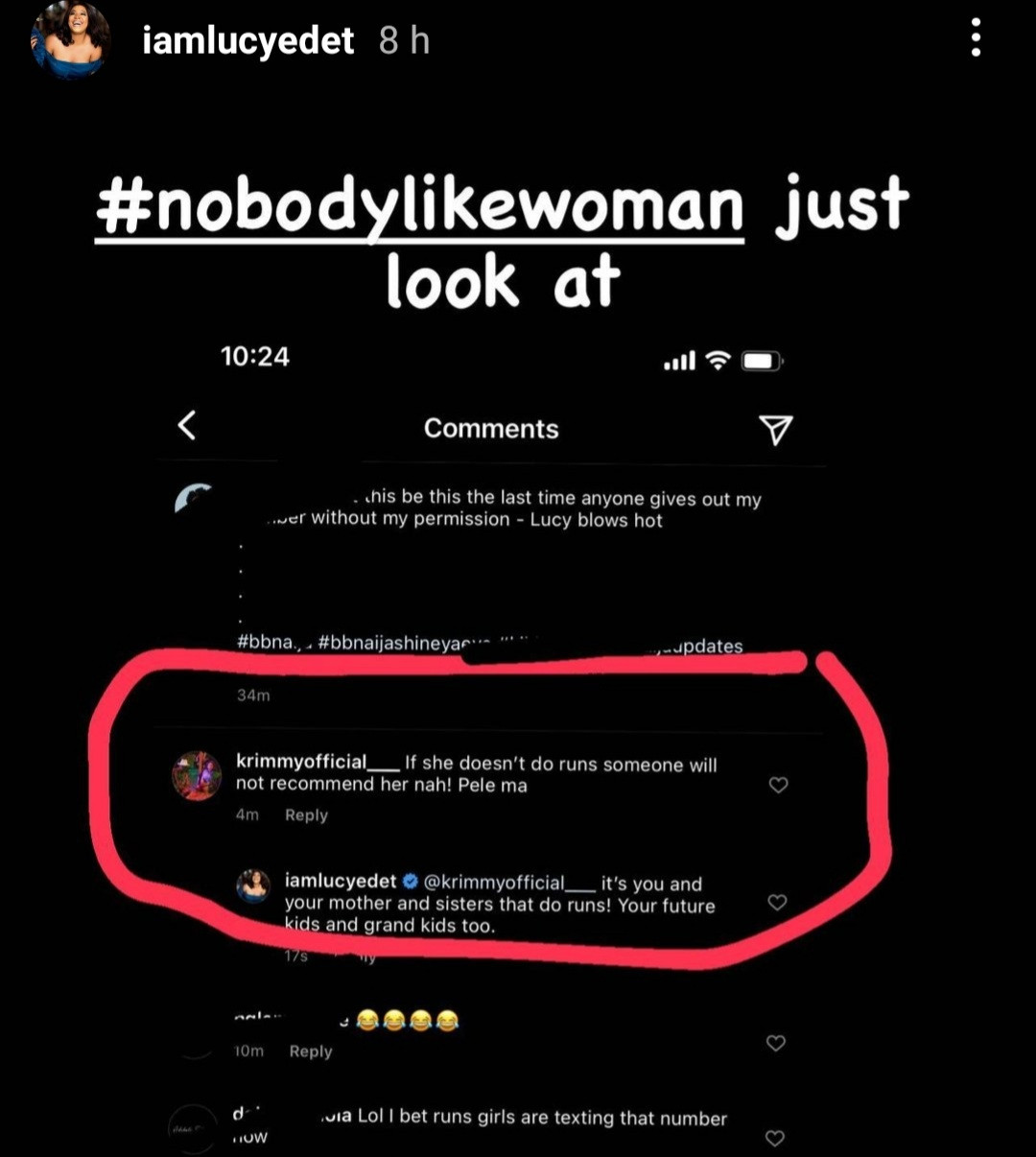 Ooni’s wife in praise and worship session as she resume marital...