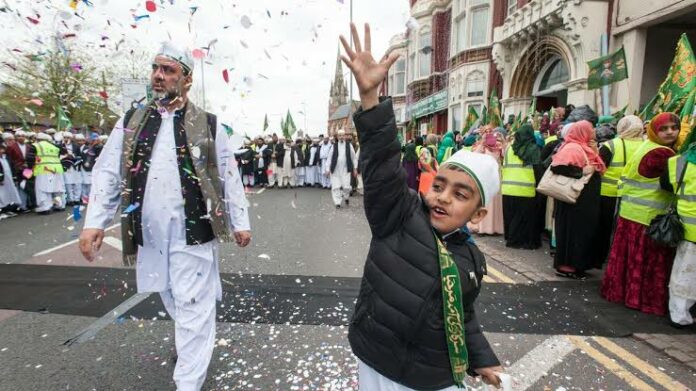 Muhammad’s birthday, arbitrarily fixed by tradition as the 12th day of the month of Rabīʿ al-Awwal—i.e., the day of Muhammad’s death—was not celebrated by the masses of Muslim faithful until about the 13th century.

At the end of the 11th century in Egypt, the ruling Shiʿi Fāṭimids (descendants of ʿAlī, the fourth caliph and first imam, through his wife Fāṭimah, Muhammad’s daughter) observed four mawlids: those of Muhammad, ʿAlī, Fāṭimah, and the ruling caliph. The festivals, however, were simple processions of court officials, held in daylight hours, that culminated in the recitation of three sermons (khutbahs) in the presence of the caliph.

Sunnis, who constitute the major branch of Islam, regard a mawlid celebration held in 1207 as the first mawlid festival.

That occasion was organized by Muẓaffar al-Dīn Gökburi, brother-in-law of the Ayyūbid sultan Saladin, at Erbil, near Mosul (Iraq).

It closely parallels the modern mawlid in form. The actual day of Muhammad’s birth was preceded by an entire month of merrymaking.

Musicians, jugglers, and assorted entertainers attracted people from as far away as Baghdad and Niṣībīn (modern Nusaybin, Turkey).

Muslim scholars, jurists, mystics, and poets began arriving as much as two months in advance.

Two days before the formal mawlid, a large number of camels, sheep, and oxen were sacrificed. On the eve of mawlid, a torchlight procession passed through the town.

On the morning of the mawlid, the faithful and the soldiery assembled in front of a specially erected pulpit to hear the sermon.

The religious dignitaries were then honoured with special robes, and all those attending were invited to feast at the prince’s expense.

The mawlid festival quickly spread throughout the Muslim world, partly because of a contemporary corresponding enthusiasm for Sufism (Islamic mysticism), which allowed Islam to become a personal experience.

Even in Arabia, where the Prophet’s birthplace and tomb had been simply the sites of pious but not required pilgrimage, the mawlid celebrations took hold.

Many Muslim theologians could not accept the new festivities, however, branding them bidʿahs, innovations possibly leading into sin.

The mawlid indeed betrayed a Christian influence; Christians in Muslim lands observed Christmas in similar ways, and Muslims often participated in the celebration. Modern fundamentalist Muslims such as the Wahhābiyyah still view the mawlid festivities as idolatrous.

Mawlids continue to be celebrated and have been extended to popular saints and the founders of Sufi brotherhoods.

The mawlid poems, which relate Muhammad’s life and virtues, are also widely popular outside the times of regular feasts. Mawlids are also recited in commemoration of deceased relatives. 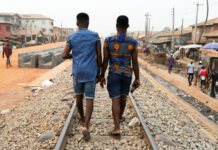 Sniper Insecticide Will Make You See Your Ears Without A Mirror...