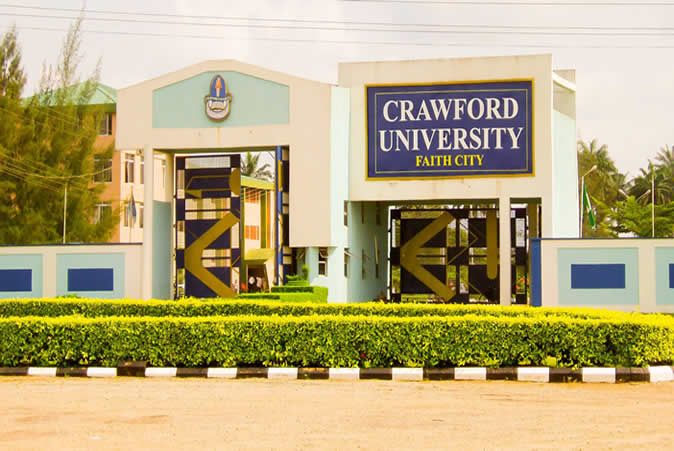 Crawford University has graduated 324 students, 25 of whom emerged with 25 first-class honours.

Speaking at the ceremony which took place at the multipurpose hall of the institution at Igbesa, Ogun, Jiya Kolo, the varsity’s VC, said the graduates had been well-groomed for the challenges of the 21st century.

Kolo also said that all courses offered by the varsity had been accredited by the National University Commission (NUC).

“It is with great joy that I am announcing that in this 16 years of the university’s existence, all academic programmes in the university enjoy full accreditation status of the NUC,” he said.

“We cannot over-emphasise the service being rendered by the NUC for the continued legitimacy and recognition of the Nigerian universities’ credentials.

“We all know that without the regulatory functions by whichever authority, government or private, for any field of human endeavours, standards are soon thrown to the dogs.

“NUC has over the years proven to be the loyal watchdog for standards and it is rubbing-off well on the competence levels of our graduates, especially those in the private universities.”

Kolo said that the breakdown of the students who graduated showed that 154 students graduated from the College of Business Studies and Social Sciences.

He also said that the College of Natural Applied Science (CoNAS) had 118 students with 16 first class, 50 in the second class upper, 43 in second class lower and nine third class degree classes convocating.

According to him, the College of Arts and Communication Studies produced 52 students with two first-class, 28 in the second class upper, 19 in second class lower and 31 in third class degrees.

The VC said that one Bolanle Fajulugbe from the department of accounting, College of Business and Social Sciences emerged as the overall best graduating student with a cumulative grade point average (CGPA) of 4.90.

He also said Fajulugbe was followed closely by Benedicta Imeh, from the department of microbiology, College of Natural and Applied Sciences, with a CGPA of 4.85.

Kolo added that Abisola Abimbola, from the College of Arts and Communication, department of mass communication, followed with a CGPA of 4.68.