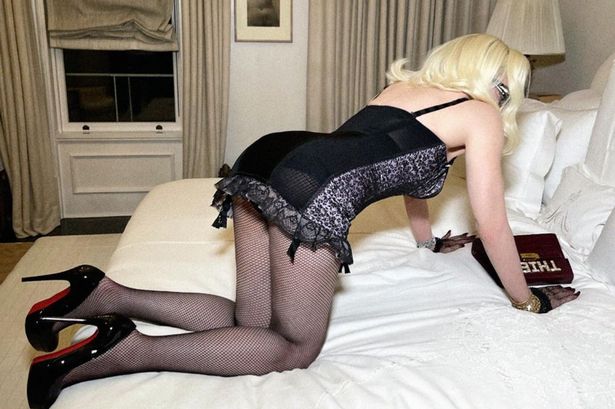 Madonna Louise Ciccone, the controversial US singer and actress, has stunned her fans with a series of bare-breasted photos.

In the 10 photos shared via her Instagram page, the 63-year-old singer showed that age is just a number as she bared her backside in fishnets as well as her breasts.

The ace musician was also topless in some of the photos and could be seen rolling around in bed as well as on the floor.

In one of the photos, the top half of her body was under the bed while the bottom was in clear view.

The singer also accompanied the photos with religious posts, with one reading “angel watching over me.”

Fans of the mother-of-six have begun to jump on the comment section to give their different reviews of her racy photos.

Guys, is this how you break up with your girlfriends now?