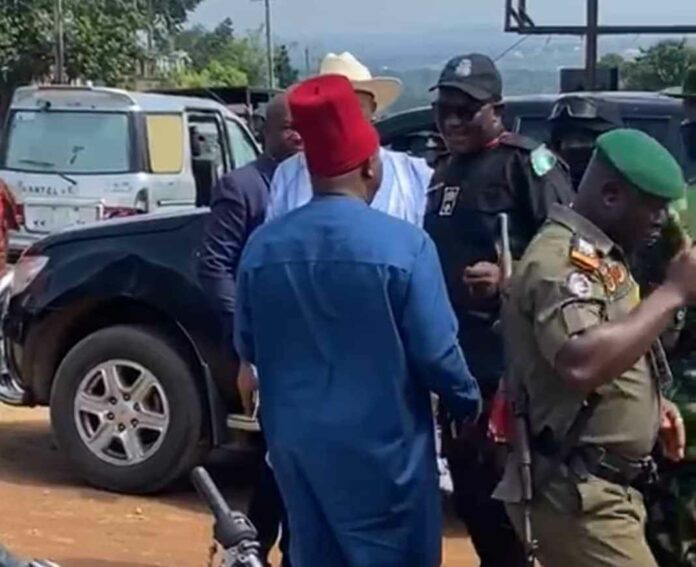 Victor Umeh, chieftain of the All Progressives Grand Alliance (APGA), was stopped from entering Ihiala LG headquarters in Anambra by an army commander securing the area with soldiers as the supplementary election begins.

The Anambra governorship election was declared inconclusive by the Independent National Electoral Commission (INEC) on Sunday.

A supplementary election is being held in Ihiala LGA only.

Umeh is APGA’s state agent for the governorship election. He arrived at the LG HQ around 10:30 am in the company of other party members, but was turned back by the army commander.

“You are not supposed to be here,” the military officer screamed at Umeh who said he was at the LG HQ “to ensure things go well”.

“You are a state agent, not LGA agent,” the senior military officer responded to Umeh.