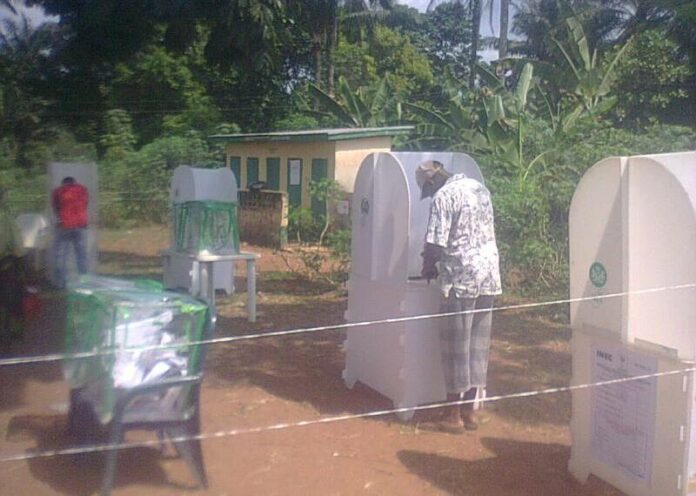 The hoodlums were said to have fired gunshots into the air.

The officer stated that the security operatives were able to overpower the hoodlums.

“Some boys came to disrupt the election, but we overpowered them; we have called for backup and we’ll ensure this election is peaceful,” the officer told newsmen.