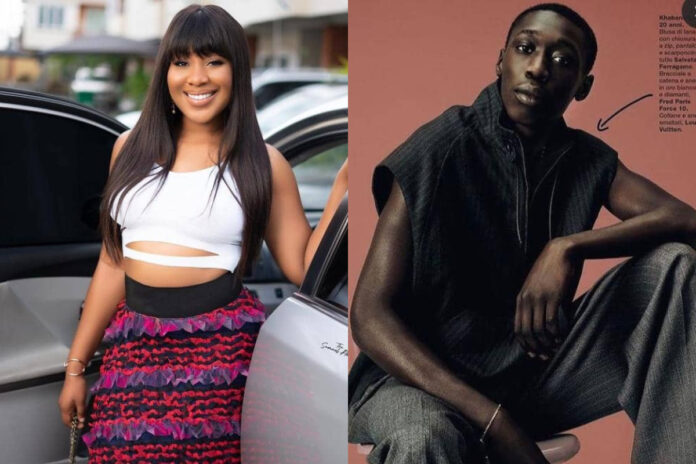 BBNaija reality show star Erica has revealed the fate of Italian TikTok star Khaby who happens to be the biggest content created in the world if he was a Nigerian.

Khaby is one of the most followed content creators on social media and most of his skits are reactions to something and he usually makes sure it ends up cracking the ribs of his fans and Erica claims it would have been different if he was a Nigerian.

A netizen drew our attention to the fact that he seems to be the biggest content creator in the world right now with over 54M followers on social media and Erica reacting to that said they would have pulled him down if he was a Nigerian. 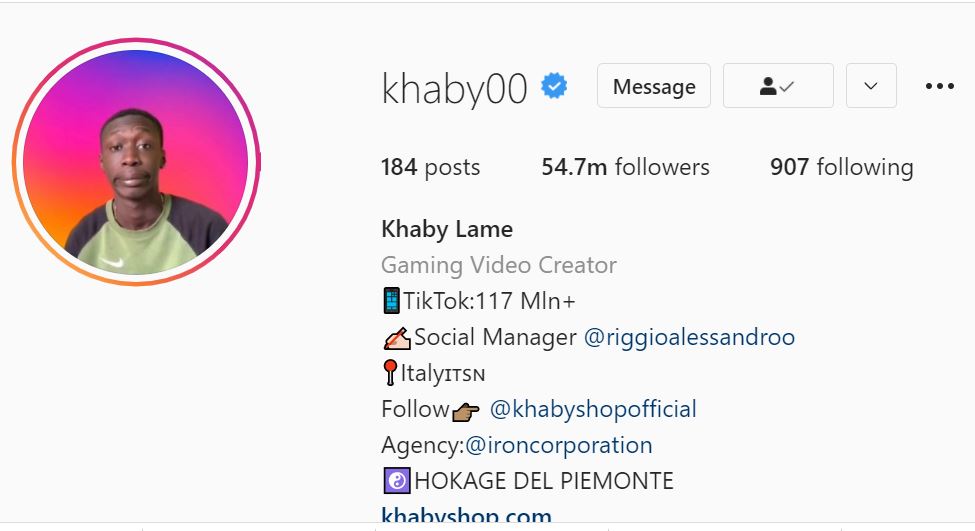 According to Erica, Nigerians would have tried everything possible to pull this young man down because he didn’t suffer to get where he is now as the biggest content creator and he’s not even working hard enough to reach such status.

How Nigerians define ‘suffer enough’ and ‘work hard enough’ is really bad as every profession and how you suffer or work hard and as a content creator, he definitely suffered while building his brand and he’s always working hard since it must be funny to everyone.

And Erica is right as the ‘pull him down’ is in most African countries and not only Nigeria alone and that is one of the things that is making us lack behind as African countries since we don’t want to see our friends, colleagues, and others prosper. 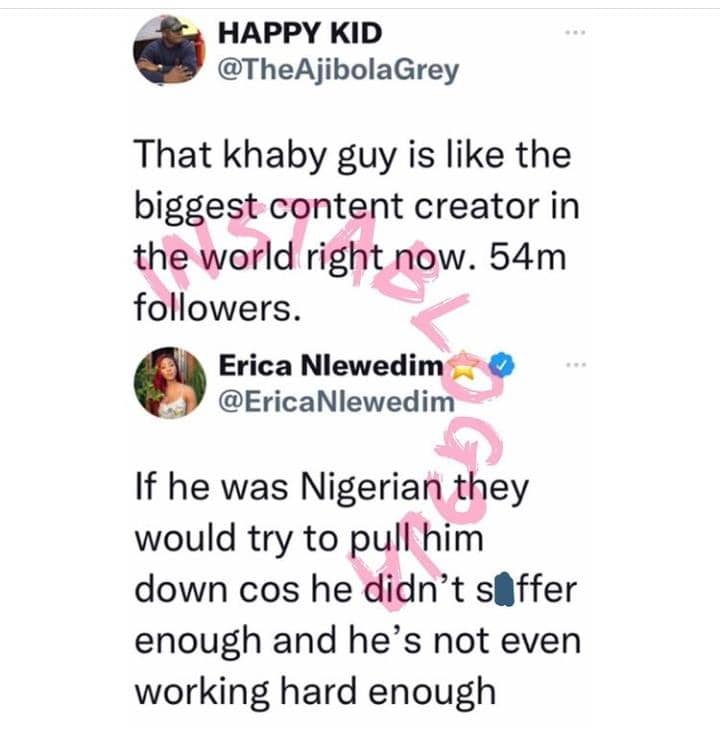