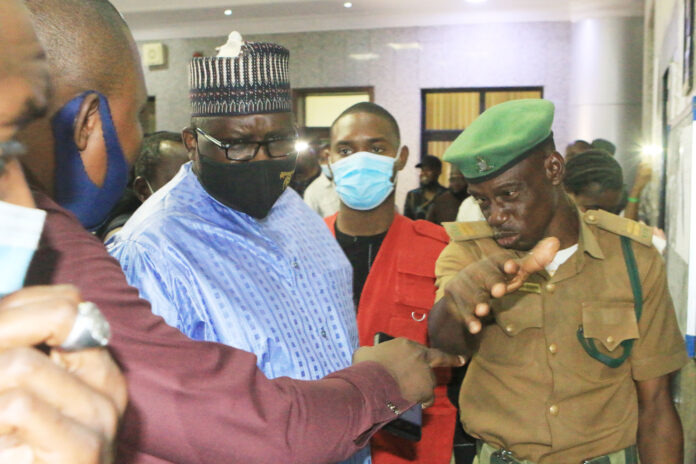 In 2019, Maina was arraigned by the Economic and Financial Crimes Commission (EFCC) — but he pleaded not guilty to a 12-count charge of money laundering to the tune of N2 billion.

Delivering the judgment today, Okon Abang, trial judge, held that Maina stole over N2 billion belonging to pensioners, “most of whom have died without reaping the fruits of their labour”.

The judge said the former PRTT chairman is guilty of concealing his true identity as a signatory to accounts opened in two banks – UBA and Fidelity bank – by using the identity of his family members without their knowledge.

These accounts had cash deposits of N300 million, N500 million, and N1.5 billion.

He said throughout Maina’s service as a civil servant, his salary and emoluments could not amount to the monies in these accounts.

The court also found Maina guilty of purchasing a property in Abuja, with cash, in the sum of $1.4 million, which is above the statutory threshold of N5 million and without passing through a financial institution.

The same judge had in October sentenced Faisal, Maina’s son who is at large, to seven years imprisonment on a three-count charge bordering on money laundering.

Young Boy, Don Davis Who Was Molested In A Deeper Life...