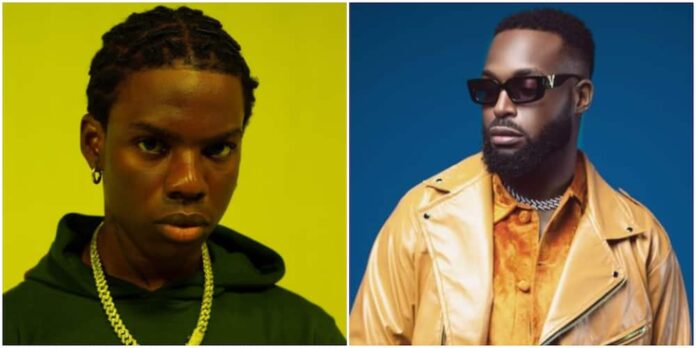 DJ Neptune has reacted to the accusation of copyright infringement from Rema.

Rema, yesterday, called out the disc jockey for putting out ‘For You’, their collaboration, without his consent.

The Mavin Records-signed singer said he was neither paid nor informed about the track’s impending release.

Rema had further demanded that the song be taken down.

“With all due respect chief! Dropped my old record without due process? I’m not happy at all,” Rema had said.

In a statement, DJ Neptune replied that he had shared the potential release date with Rema’s handlers.

It's all love on this side! Keep Winning Remy Boi 🏅 pic.twitter.com/OrPiO08kQG

He shared screenshots showing his chats as well as an email where an agreement was sent in response.

It's love on this side! Keep Winning Remy Boi 🏅❤ pic.twitter.com/8j3MNMjeRf

Neptune said he was later told that details on the final agreement were not properly circulated by Rema’s manager.

“I am not in any way upset with Rema as it is obvious that information was not passed across to him through his available channels,” the disc jockey added.

“As a respectable human being, I only felt it was just normal for me to follow due process in anything I do and that was the step taken.”

“The Money Man” – Dubai-Based Nigerian, Mompha Sits On Top Of...