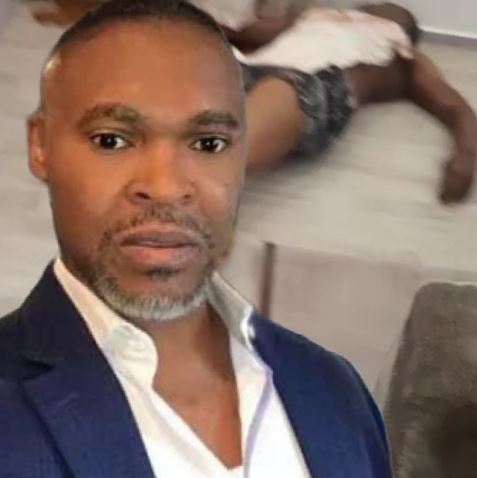 The security guard at the apartment where the murdered Chief Executive Officer of Super TV, Michael Ataga, was found has narrated how he found Ataga’s remains.

Chidinma, a 300-level Mass Communication student of the University of Lagos, was accused of killing Ataga.

The undergraduate and two others, Adedapo Quadri and Chioma Egbuchu, are undergoing trial before Justice Yetunde Adesanya of the Lagos State High Court sitting at the Tafawa Balewa Square, Lagos State.

The security guard, Abubakar Mohammed, who works at the security post of 19, Adewale Oshin Street, Lekki Phase 1, where Ataga was murdered, is the second prosecution witness.

In his testimony on Tuesday, Mohammed said he received a call from his boss, Nkechi Mogbo, around 5.30pm on June 13 that a lady was coming to check the apartment.

According to him, a lady later arrived at the property and he showed her the studio apartment for short-let.

“Around 10.30pm, one man came in a black Range Rover Jeep. My neighbour was hosting a party, so I thought the man came for the party.

“I asked him to park well, then the lady opened the gate and said’ stop, he is my person, just open the gate,’” he said.

The security man said Ataga and Chidinma stayed in the apartment from June 13 to 15 but on Monday, a dispatch rider came to deliver a package to Chidinma.

“On Monday, around 12.30pm, Ms Ojukwu went out and bought some things like food. Between 2.30pm and 3pm, I was at the front of my gate, a dispatch rider came and asked me, is this number 19?

“He said ‘there is somebody calling me with private number but there is no way I can call back because I can’t see the number.’ I told the man there is a customer in my house that uses a private number to call me. I told the dispatch man ‘if it is here, you can wait, the person will come,’” Mohammed explained.

He told the court that Chidinma came to the gate minutes later to meet the dispatch rider and she collected the package.

“After she left, I asked him what he brought for her, and he said he didn’t know what was inside,” he added.

The security man said on June 15, at about 8pm, Chidinma went out of the compound, carrying a small bag, and never returned.