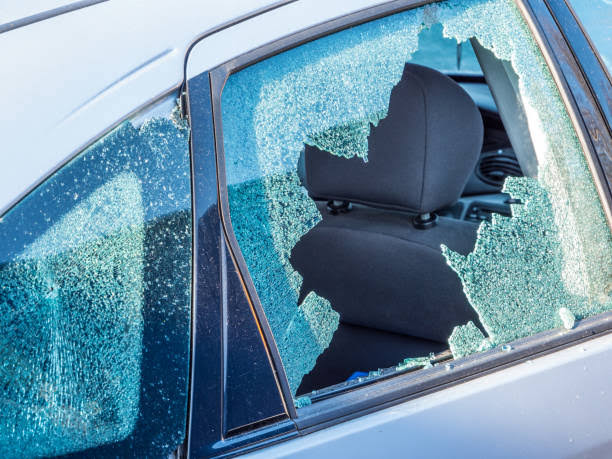 It has been observed that vehicle vandalism, with the intent to steal valuable items and vehicle components, which was common at ports and unguarded car garages in the past, have become a daily occurrence in Lagos and other neighbouring states.

This weekend, Eons intelligence was inundated with calls and messages on the increase in the rate at which vehicles are being insanely damaged and vital components stolen by criminals in Lagos.

Items commonly targeted by the thieves include: side mirrors, rims, tyres, full and side lights, batteries, exhaust catalysts, valuables left in the vehicles and the engine control module, popularly called brainbox.

In 2018, the Federal Government put the number of cars on Nigerian roads at 11.7 million. Out of these, 1.6 million vehicles were said to ply the Lagos roads daily. This obviously translates to a decline in the availability of secured parking spaces.

With a population of 200 million plus and a decline in production activities due to the lack of capacity to generate sufficient power, youth unemployment, decreasing purchasing powers, lack of a social support system that attempts to take care of indigents, rising food costs, coupled with a defective or non-existent correctional systems, Nigerians should expect an increase in such crimes as car vandalism, especially as the yuletide approaches.

However, in no particular order, vehicle owners should follow these steps to prevent or protect vehicles their vehicles from vandals:

A comprehensive car insurance is an extensive motor insurance plan that covers the insured person against both own damages and any third party liabilities. This also includes claims against vehicle vandalism, in most cases.

There are two types of criminals. The ones who come with a criminal intent and others who simply take advantage of obvious lapses. Avoid keeping flashy items like cash, electronic devices and others in vehicles. These items can attract the attention of criminals or criminally minded people. Always keep such items in the trunk or places where they can not be seen.

Avoid parking vehicles in unsecured, unguarded and unlit places. Most vehicle vandals take advantage of this loophole to commit their crimes. Most of the vandalised vehicles that trended on the internet in Lagos this weekend were parked overnight at ungaurded and unlit streets.

Depending on the type of vehicle, the sensitive nature of content or the environment domiciled, owners are adviced to augment already existing or non existing security features, like a tracking system, alarms and auto locks in their vehicles. This goes a long way to preventing these criminals from getting into such vehicles.

These days, car thieves and vandals can clone or manipulate your keys just by sighting or printing it. So, if your vehicle is valuable, you might do well to always keep your keys to yourself, especially when you are in highly populated environments of people you can not completely trust.

Allegations Of Payments, SUVs To Buhari Vindicate Us – PDP