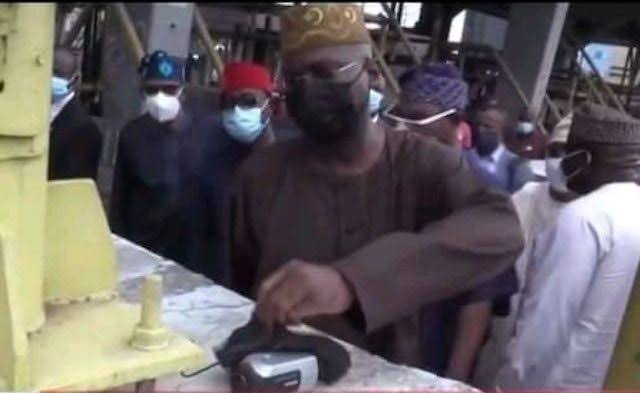 Babatunde Fashola, minister for works and housing, says he does not know what happened to the video camera he recovered at the Lekki tollgate after the #EndSARS protests.

Following the Lekki tollgate shooting in October 2020, Fashola, while visiting the scene alongside fellow ministers and south-west governors, discovered a hidden camcorder which he said must have been planted by “some subversive elements”.

The discovery sparked a plethora of reactions on social media as many Nigerians, including celebrities, took to their pages to air their different views.

The clip of the former Lagos state governor picking up his discovery was turned into memes that trended on the internet for months.

Speaking with Arise TV yesterday, Fashola said he doesn’t know what became of his discovery.

The minister added that he should not be the one to answer questions on the camcorder, saying he had since handed it over to the Lagos state government.

“You should not be asking me. You have the tapes showing that I handed it over to the government of Lagos, so you have all the recordings,” he said.

“I think your people were there. So don’t ask me what happened to the camera. I don’t know.”