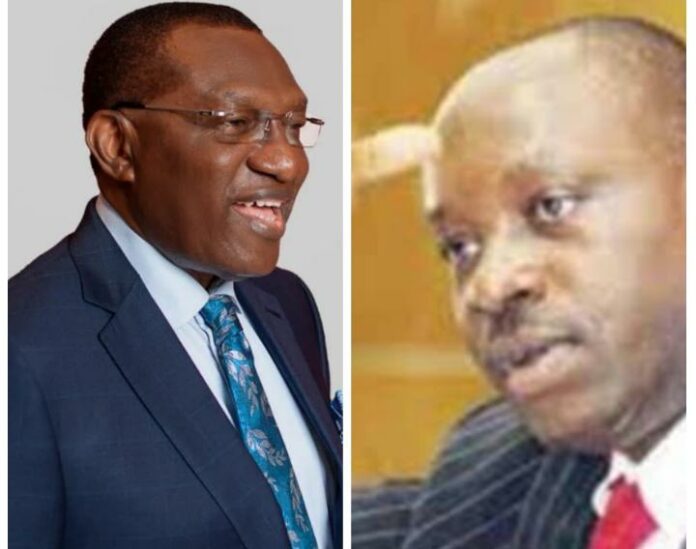 Andy Uba, candidate of the All Progressives Congress (APC) in the forthcoming Anambra governorship election, has said he made Professor Charles Soludo, governor of the Central Bank of Nigeria (CBN).

Soludo, candidate of the All Progressives Grand Alliance (APGA) in the election, served as CBN governor during the administration of the former President Olusegun Obasanjo.

Uba, an aide of Obasanjo at the time, was also an in-law of the former president.

Speaking during a debate organised by ARISE TV on Monday, Uba alleged that he recommended Soludo to Obasanjo.

He accused Soludo of being an ingrate, adding that Obasanjo made it clear that he was the reason for Soludo’s appointment.

“When he (Soludo) became the CBN Governor, he came to my house to say thank you. Also, when five Igwes [traditional rulers] came to thank the President after the appointment, he [Obasanjo] told them to go thank me instead.”

But Soludo maintained that he never knew Andy Uba until former Minister of Education, Dr Oby Ezekwesili, introduced them at the Presidential villa.

The gubernatorial election is scheduled for Saturday.

I don’t know why bullion vans in Tinubu’s house should be...