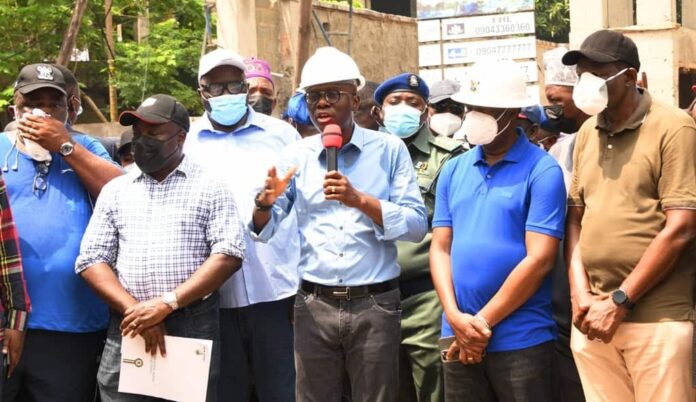 Governor Babajide Sanwo-Olu has named the survivors of the collapse of the 21-storey building in Gerrard Road in the Ikoyi area of the state.

He admitted that “mistakes were made from all angles” leading to the incident during his visit to the scene of the incident on Wednesday.

Mr Sanwo-Olu also noted that anyone found culpable would face the wrath of the law noting that he instructed the indefinite suspension of the General Manager, Lagos State Building Control Agency, Gbolahan Oki, an architect.

“We would say that we had to take from the head, from the leadership of that agency. Be rest assured that if there are other people that are found in the course of the investigation, everybody will face the full wrath of the law,” he said.

He also issued a 30-day timeline to the panel of enquiry set up to investigate and submit a report on the cause of the collapse of the building.

Mr Sanwo-Olu noted that of the nine survivors, six are still in the hospital while three with minor injuries have been discharged.

The survivors, as announced by the governor, include:

Meanwhile, the governor said the identities of some of the construction workers including the project manager were unknown.

He said some officials have been to their residence but they couldn’t find anyone.