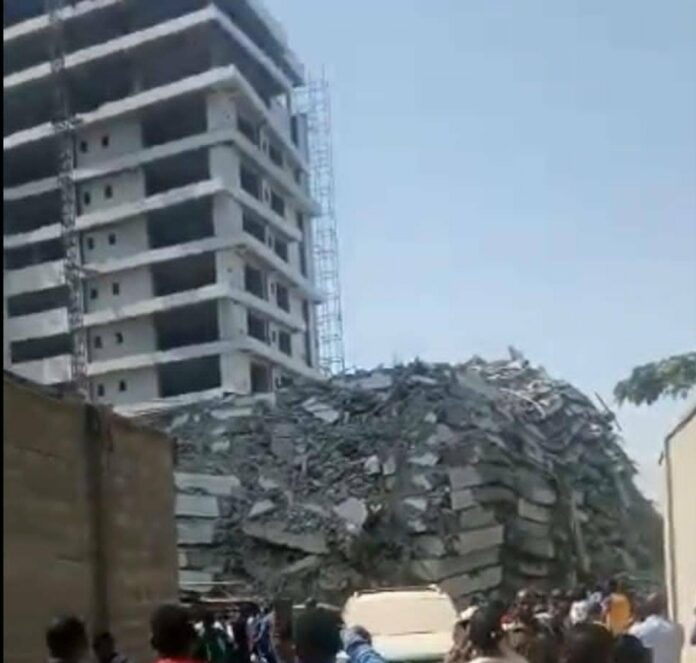 A letter has shown that Prowess Engineering Limited, the company that began the construction of the building which collapsed in Ikoyi, Lagos on Monday withdrew from the project in February 2020.

According to THE PUNCH, The company withdrew its services on grounds that it no longer shared the same vision with its client believed to be Fourscore Heights Limited as addressed in the letter.

Prowess Engineering Limited, which had constructed two other buildings for its client, said it couldn’t guarantee the integrity of the third (collapsed building) from anything above the fourth floor.

The letter titled, ‘Re: Proposed Gerrard Terraces For Fourscore Limited,’ was signed by the company’s managing director, Muritala Olawale who confirmed its veracity to our Correspondent.

It read, “This letter is to formally inform you of the withdraw of our structural consultancy service from the above named project. We arrived at this decision due to the fact that we no longer share the same vision with you as our client in terms of how the project is being executed.

“We can guarantee the integrity of the first two buildings and also work done up to the fourth floor of the third building supervised by us provided specifications have been met in terms of the required concrete strength. This we do not have control over as we do not have the concrete cube test results of each stage of the building till date. Also, note that we are not taking responsibility for any other construction errors that may have occurred overtime on the project.

“Furthermore, we request that our company’s name and logo be removed from the project board and also kindly notify all necessary approving authorities of our withdrawal from the project.

“We regret this decision and the lost opportunity to do business together. We look forward to future cooperation in other projects.”

Meanwhile, The PUNCH learnt that two survivors and a dead body have been rescued from the rubble of the collapsed building. 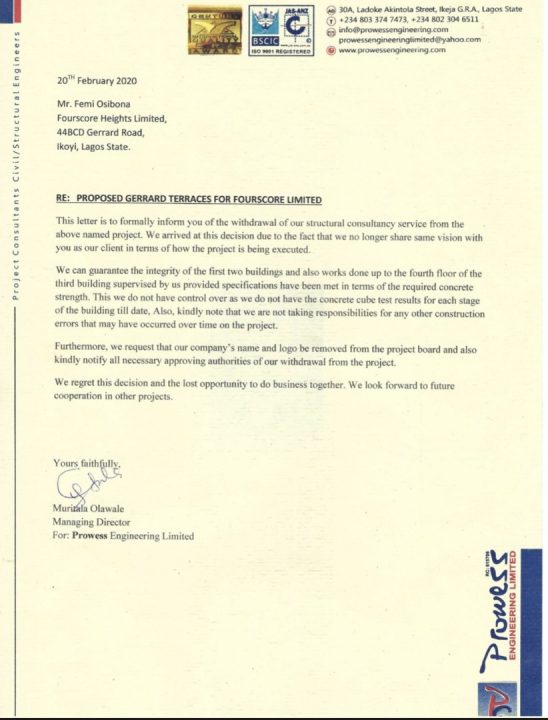