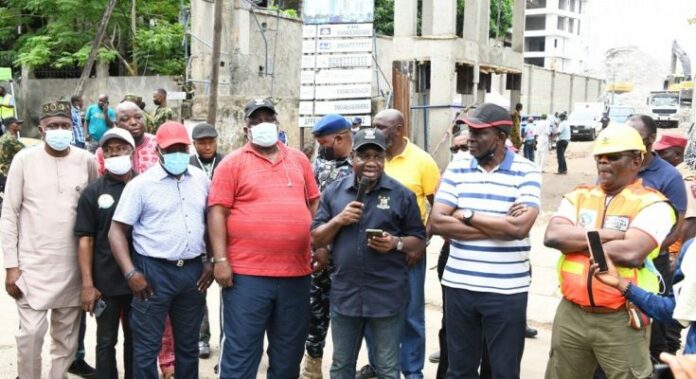 Lagos State Government today said dead bodies recovered from the Ikoyi collapsed building are ready for identification and therefore called on families of the deceased to go to the Infectious Disease Hospital (IDH) Yaba for identification of the corpses of their loved ones.

The State Government said 38 bodies have been recovered so far from the collapsed building as rescue operation entered Day Four today, while family members had submitted 32 names of those still missing.

Lagos State Commissioner for Information and Strategy, Mr. Gbenga Omotoso, while giving an update to the press, said the bodies were ready for identification from 4pm today at the IDH, Yaba.

Omotoso, who addressed the press conference in the company of the Commissioner for Special Duties and Intergovernmental Relations, Mr. Tayo Bamgbose-Martins and Physical Planning and Urban Development, Dr. Idris Salako, said an autopsy would be carried out on the corpses before releasing them to their families.

He said the autopsy is important because the law says that whenever there is death as a result of such incidents like the collapsed building, an autopsy must be done before the body is released. 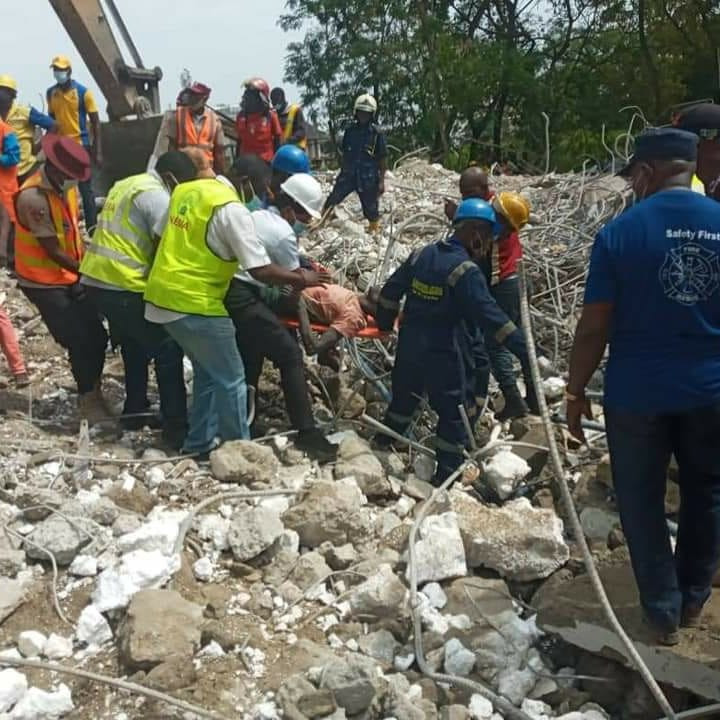 The Commissioner also debunked reports that the rescue operation team at the collapsed building stopped the search and rescue work yesterday.

He said work was still ongoing and would continue until the government could account for everybody inside the building at time of collapse and certify that nobody is left behind in the collapsed building.

He said: “So far now, we have recorded 38 dead bodies. And as you know, we have nine survivors. Some bodies are ready for identification. So, people can go to IDH, Yaba as from 4pm to identify the bodies of their loved ones.

“For bodies that may be very difficult to identify, we are going to be conducting DNA tests for such bodies to be identified. There are rules for giving bodies to people.

“There are some of the bodies that are in a state that it would be unprofessional for the hospitals to allow people to look at them in that present state and for them to be released the way they are. That is why we have the little delay that we are having. But if you go to IDH, Yaba from 4pm, you should be able to see some of the bodies and be able to identify who you want to identify.

“Yesterday, Mr. Governor, Mr. Babajide Sanwo-Olu said one of the patients at the General Hospital was taken to LASUTH for a test and all that. The patient has been brought back to the hospital and he is said to be doing well. And all the patients who were there are doing well.”

I stabbed my customer to death out of anger- Bar owner