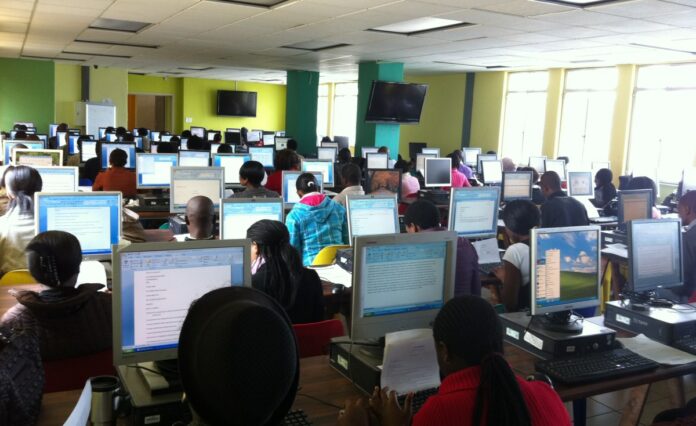 The Joint Admission and Matriculation Board (JAMB) says it has taken over the collection of the N700 registration fee ahead of its 2022 unified tertiary matriculation exam (UTME).

“JAMB will as from 2022 UTME exercise, be collecting the approved N700 registration fee on behalf of the various computer-based test (CBT) centres along with its UTME registration fees.

“The board will then remit whatever is due to each registration centre to its bank account on a weekly basis or any timeframe acceptable to the centre owners.”

“These centres were allowed to collect only N700 as registration charges, but some fraudulent centre owners misused that opportunity to engage in conduct unbecoming of respectable establishments.

“They indulge in massive extortion of candidates during the exercise.”

“It is only the process of payment that has changed; not the cost. With the new policy, candidates simply walk into any registration centre and register without paying any fee,” it said.

“The fee hitherto payable to the centre would have been paid along with the cost of obtaining the e-PINS.”

JAMB also announced the establishment of what the board referred to as the “A/Level Task Team’’ and the “A/Level Qualification and Verification Databank’’ (ALQVD).

“This follows revelations from a recent professional operation undertaken by the ICPC in conjunction with the Federal Ministry of Education,” the exam body said.

“These revelations are contained in a recent statement by the ICPC about irregularities in the Joint Universities Preliminary Examinations Board (JUPEB).

“Concerns were expressed by major stakeholders about the faking of the Interim Joint Matriculation Board (IJMB) examination results.

“As such, it has become necessary for the board, as a moderator of the two examinations, to take appropriate action to put a stop to the unacceptable happenings.

“Just recently, one tertiary institution had cause to verify the IJMBE results of more than 146 candidates admitted with IJMB certificates and found only six genuine results.”