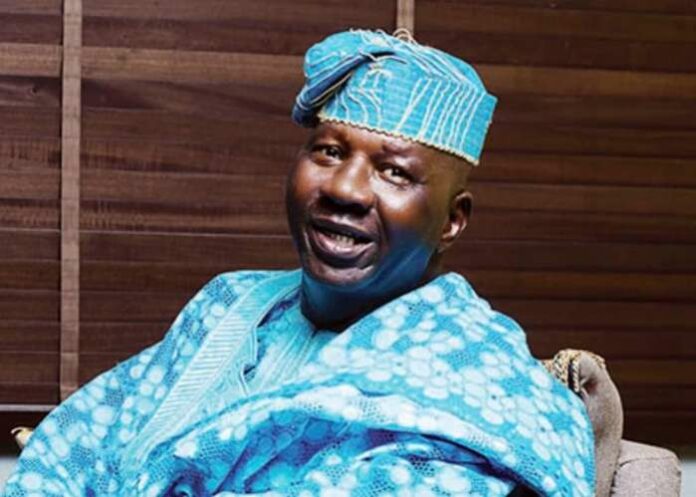 Nigerians have heavily descended on the son of late Nollywood actor, Baba Suwe for filming his dead father’s corpse and sharing it on social media.

As we reported earlier, Baba Suwe passed on after a short illness on Monday, November 22 and while his son was mourning him shortly after he died he shared a video of Baba Suwe’s lifeless body.

This did not go down well with well-meaning Nigerians as some find it sacrilegious and stupid on his part to put his father’s corpse on the internet. 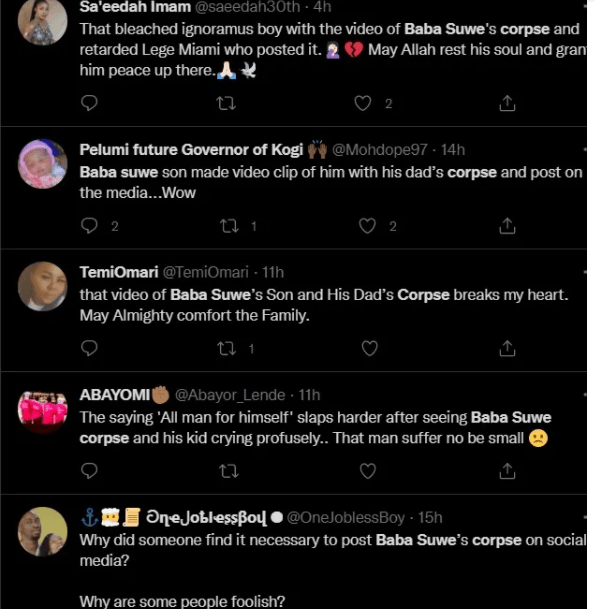