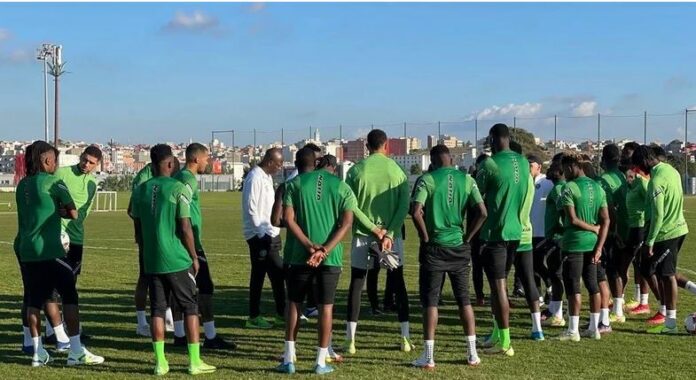 Super Eagles trio of Victor Osimhen, Wilfred Ndidi and captain Ahmed Musa have been talking ahead of the crucial game against Liberia this weekend

Liberia host Nigeria this Saturday in the penultimate match of the 2022 FIFA World Cup Qualifying first round in Tangier, Morocco.

The camp of the Super Eagles, who are current Group C leaders, came to life on Tuesday as the team had its first training session with no fewer than 22 players present.

Osimhen, Odion Ighalo and goalkeeper John Noble were the only three missed that first training.

But Napoli striker, Osimhen has since joined the team and had his first training session on Wednesday.

Speaking to the NFF TV, the 22-year-old allayed any injury concerns from Nigerians and said he is fit and ready to give his all on Saturday.

“I feel good,” Osimhen said. “After the MRS scan showed that I had nothing serious, it was important to rest for a few days before I played on Sunday (for Napoli).” 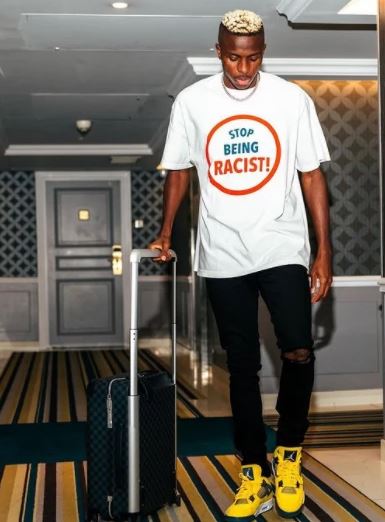 “Like I said before, I am always ready when I’m called upon and to give my all for my country is the most important thing in my career. And of course, I am ready for Saturday.”

While his continuous inclusion continues to generate enough talking points and debates, captain Musa reiterated the team’s readiness for the game.

“Everyone is just happy and ready for the game,” Musa said. “We know the importance of the game, we just need to go for the three points because we don’t have to lose.”

On the weather, he adds that most of the players love it in Tangier.

“The weather is very good, it’s just like Europe. Most of us love the weather. So, I hope it gives us what we wants,” he added.

Meanwhile, after he missed the doubleheader against Central African Republic, CAR, the last time due to an injury, Leicester City defensive midfielder, Ndidi is happy to be reunited with his Super Eagles teammates.

“It’s amazing (to be back) because seeing the players and getting that feeling back is amazing,” Ndidi stated.”I am very happy to be back with the team and we look forward to what we want to achieve in future.”