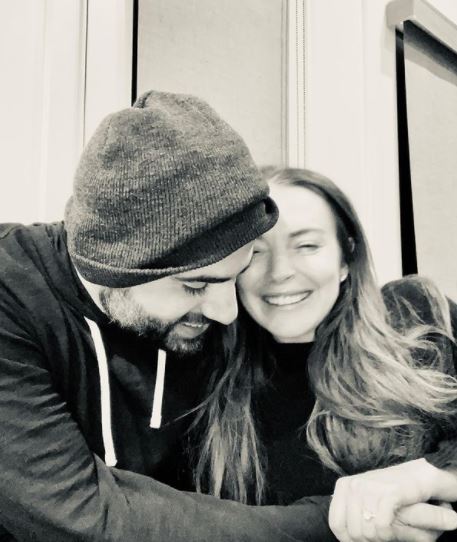 Shammas is a financier and he currently works as the Assistant Vice President at banking firm Credit Suisse. He previously worked as an associate with BNP Paribas Wealth Management. He earned a degree in 2010 from the University of South Florida in Mechanical Engineering and eventually received a Bachelor of Science in Finance degree from John H. Sykes College of Business.

Bader’s age is not known at the moment but Lindsay is 34 years old.

How long have Shammas and Lohan been dating?

Has she mentioned him on social media before?

There was a post from Lohan in February of 2020 of herself out with band members of the rock band Bastille at a Dubai rock concert, which she initially captioned, “@aliana lovely night with sister and my boyfriend bader such a magical night.”

But shortly after she edited the caption and now the post seems to be deleted entirely.

Where do they live?

The couple resides in Dubai, where Lohan has lived for the last seven years.

Has Lohan been engaged before?

The Mean Girls actress was previously engaged to Russian business heir Egor Tarabasov, before their split in 2017. Lohan has since claimed that Tarabasov was physically abusive. Tarabosov has emphatically denied all abuse claims and accused Lohan of launching a “smear campaign” against him.

Bader’s net worth is unavailable at the moment.