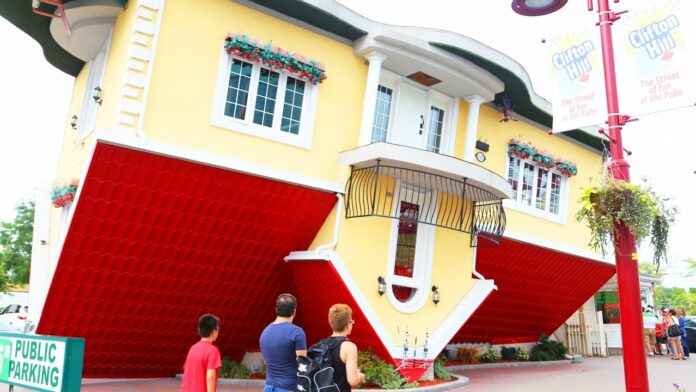 A man’s house has become a tourist attraction centre where people visit to pay a fee just to have a look at how it was built upside down and how the interior looks.

Marek Cyran from Niagara in the United States of America said he got the idea of building his house upside down after he saw it in Poland while on vacation.

However, when he returned and suggested the idea to his community members they only made fun of him wrote it off thinking it was just a figment of his imagination.

In a bid to prove that the idea was possible, Marek put channelled his mind, resources and efforts into making it a reality.

He succeeded in putting up a one-storey building at Niagara Falls which has now become a tourist attraction centre where people visit to pay a fee and watch the exterior and the interior.