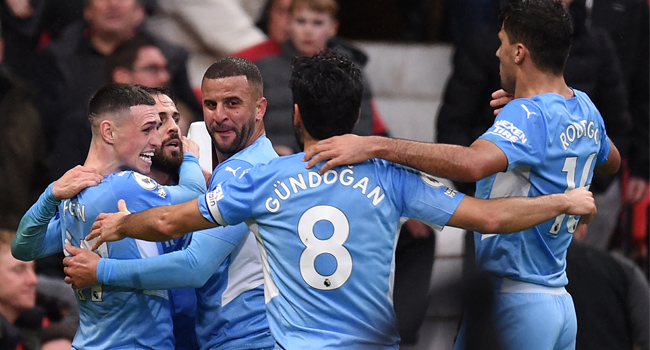 Manchester United suffered another home humiliation as Manchester City cruised to a 2-0 win at Old Trafford on Saturday to raise further questions over the future of Ole Gunnar Solskjaer.

A fortnight on from the embarrassing 5-0 home humiliation at the hands of rivals Liverpool, the Red Devils fell to another one-sided defeat as they returned to the scene of the crime for the 186th Manchester derby.

Pep Guardiola’s men cruised to a victory far more comfortable than the 2-0 scoreline suggested, but Eric Bailly’s own goal and a preventable Bernardo Silva effort was enough to ease past United.

Solskjaer had called the loss to Liverpool the darkest day of his near three-year reign and the manner of this loss to their neighbours will lead to renewed pressure during the international break.