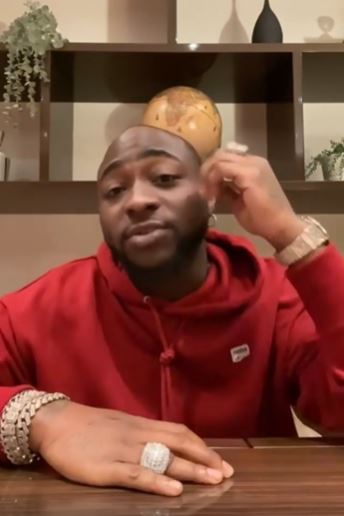 A Nigerian prophet identified as, Goodheart Val Aloysius has taken to social media to warn famous singer, Davido on the N250 million he received from his loyal fans and friends.

Recall on Saturday November 20, Davido shocked many internet users as he adds N50 million to N200 million received from fans purposely to clear his Rolls Royce from port for his 29th birthday, making N250 million and donate it all to charity.

The development has generated mixed reactions among internet users, while majority heaped praise on Davido for a job welldone, others tackled the singer for donating the money to the charity.

However prophet Good heart Val Aloysius in his post told Davido that if he doesn’t pay tithe from the money he received from friends he’s afraid the singer may not make heaven.