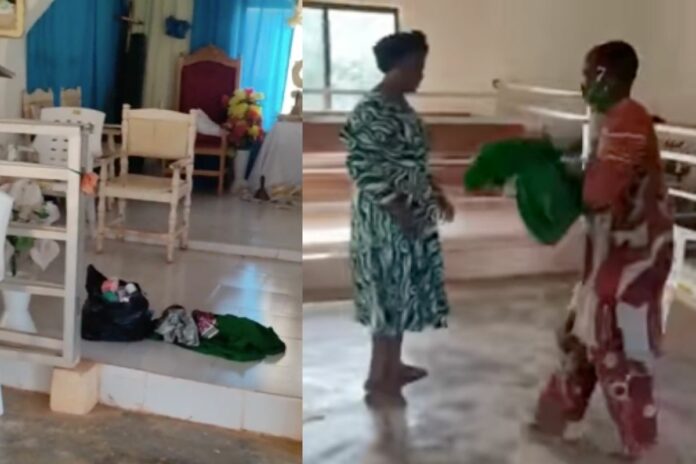 On the altar of the Holy Fountain Cherubim and Seraphim Church, Oda Road, Akure, Ondo State, a newborn infant was discovered deserted.

When members of the church entered the facility in the early hours of Wednesday, November 24, they heard a baby sobbing, according to reports.

They discovered the newborn wrapped in green clothing, thrown on the altar by an unknown individual.

Mrs Funmilayo Odunlami, a spokeswoman for the State Police Command, confirmed the event and said the infant had been given over to the state Ministry of Women Affairs and Social Development.

“The baby was initially in our custody, but now we have handed over the child to officials of the ministry of women affairs.” she added.