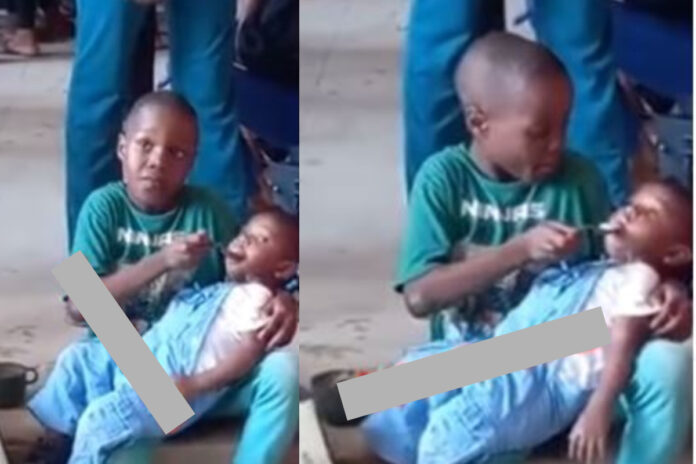 A little Nigerian boy has won the hearts of many on social media after a video of him taking care of his junior sister whilst his mother was away.

A lady known as Alisigwe Amarachi revealed via Facebook that the mother of the kids was writing exams and his little sister was crying and he had no option but to mix her food and feed her.

She shared the video on her page and it captured the boy giving the little sister porridge and according to Alisigwe Amarachi, the boy won her admiration and she urged others to train their sons to be responsible because in the future they will be of help.

Social media users have hailed the boy and alluded that he will protect his kid sister no matter what. Others also lauded their mother for training him well.