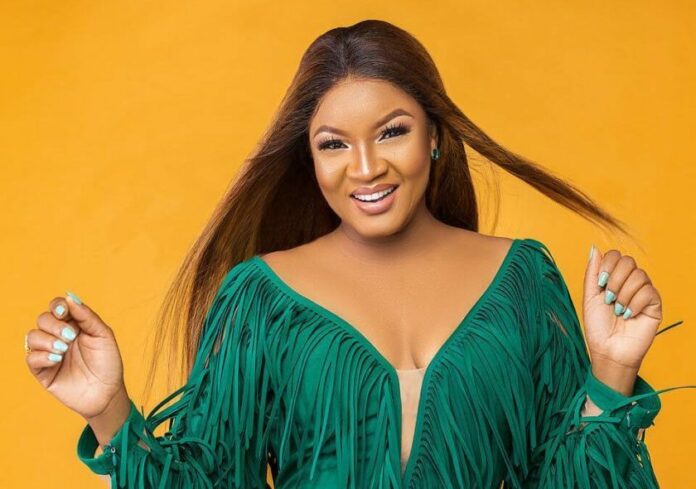 Actress Omotola Jalade has been dragged on the gram over her comment about the Lekki Tollgate shooting where she asked the families of the victims to come forward if there was any dead.

Omotola Jalade after the EndSARS protest tweeted saying if people died during the Lekki Tollgate assault let their people speak out and if there were no deaths then enough with the sensationalization because it doesn’t remove from the crime that happened.

After the Lagos panel made its report public, some netizens have begun dragging Omotola Jalade and all those who were of the view that no one died at Lekki Tollgate during the protest have been dragged online saying their conscience will judge them.

The comment of Omotola Jalade doesn’t insinuate that she agrees with those who think no one died at Lekki Tollgate but the fact that she called the families of the victims to come forward has made people drag her for that.

It’s quite unfortunate that most people took the tweet of Omotola Jalade out of context and have been dragging her since the report indicted the army and police confirming that indeed people were killed and some even missing. 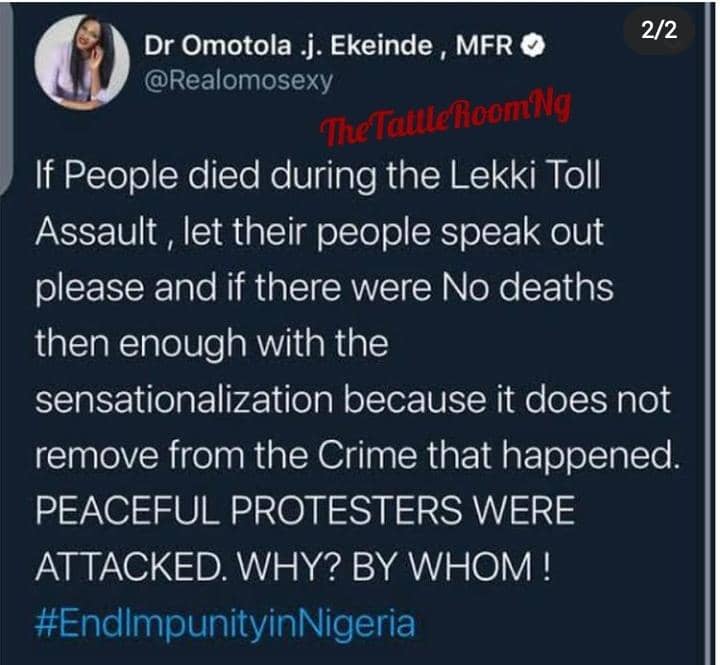 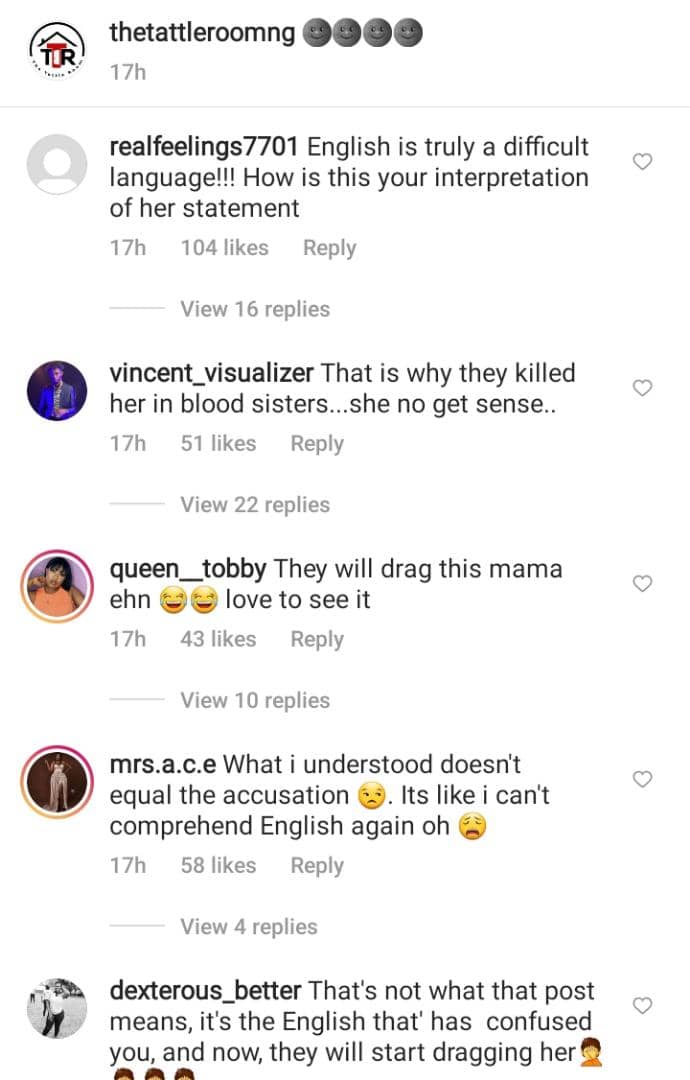 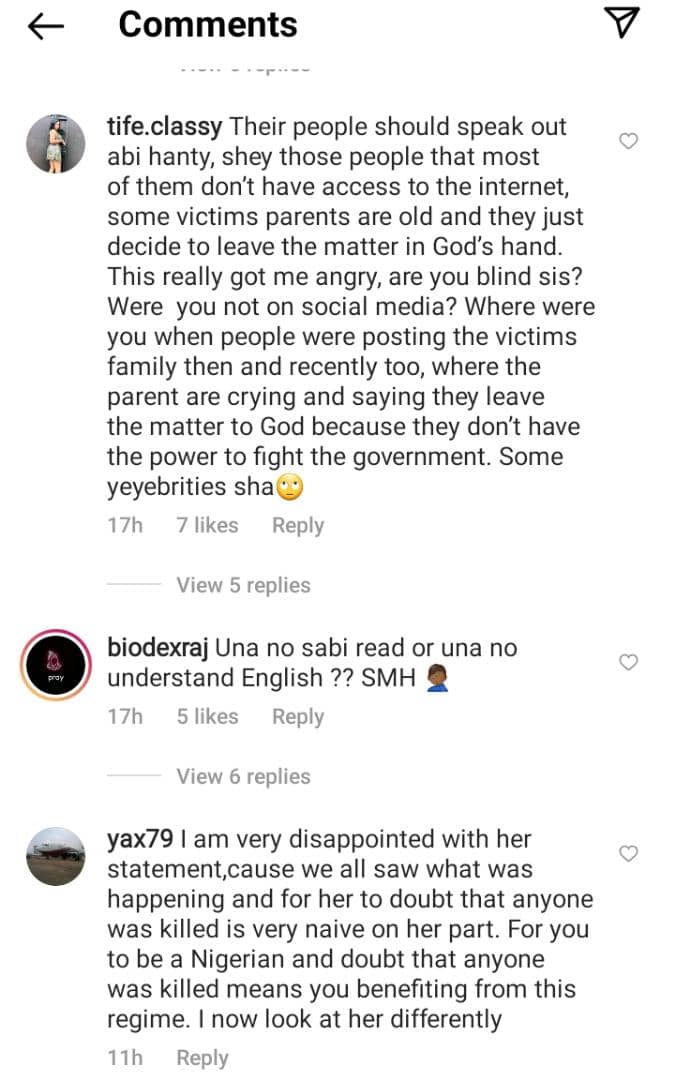 ‘Kiddwaya And I Are Only Flirting With Each Other’ – Erica