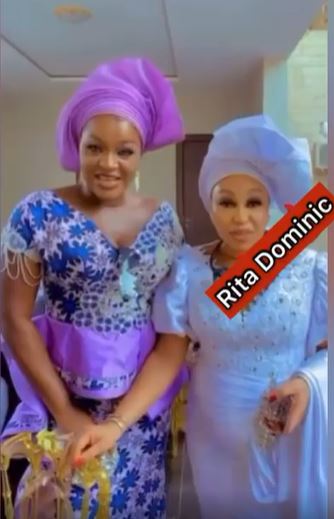 A video of Rita Dominic dancing with a baby bump at the burial ceremony of her late mother-in-law in Umueri, Anambra state, has surfaced online and has since gone viral.

Earlier we reported that apart from the ever radiant look for the burial ceremony, Rita’s mid section looked big and her fans rejoiced on social media over the fact that she would be a mum soon.

Although the actress, Rita Dominic hasn’t confirmed the News, the viral video on social media has sort of convinced fans more that she is indeed expecting a baby.