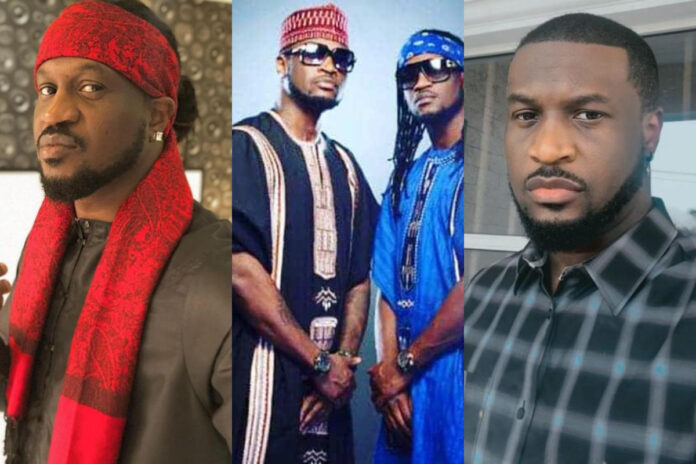 Rudeboy and his brother Peter Okoye are set to perform for the first time as Psquare after settling their feud on December 18th and it’s going to be a bigger comeback for the brothers.

Rudeboy and his brother Peter Okoye settled their feud a few weeks ago after fighting each other over years just because of a little misunderstanding and now are set to perform for the first time as Psquare and we know it’s going to be bigger and better.

Rudeboy and his brother Peter Okoye are great performers when they mount the stage and fans have been eager to watch them perform for a long time hence this is a great opportunity for both Psquare and their fans to link up together again.

Psquare has a lot of hit songs that always get people on their feet whenever it’s played and they going to perform it after years is going to be amazing and it will be more fun if they could perform some of their individual singles together.

For now, no one can tell if the brothers are going to work back together or not but it seems they will be performing their old songs for the mean time and we hope to see them work together again because they are best when together.

“The Face You Make When Your Debtor Posts Designer Labels” –...