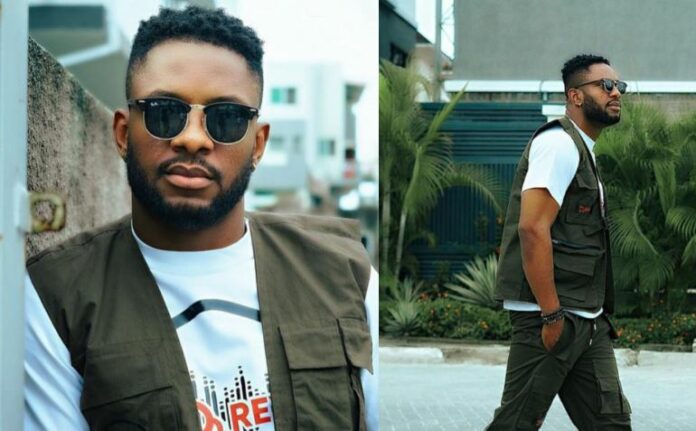 According to Cross, the South African police arrested him for violating a curfew.

In a post on social media, Cross revealed that the South Africa Police stopped him; he was unaware there was a curfew, and they took him to their office.

To facilitate his release, Cross lied to them about having a South African name — Siyabonga.

Cross also told them it was his first time visiting the country.

Cross added that he had thought they would not free him, but that he is a free man now.

“So SA, I got stopped by your police,” he said.

“Apparently, there’s a curfew. They took me to their office. So guys I tell them say I get SA name called Siyabonga.

“And that it’s my first time in SA. And they smile and I think they wan let us go ooo. Omo Japa.

My bed they call me. Thanks guys. We free now,” he wrote. 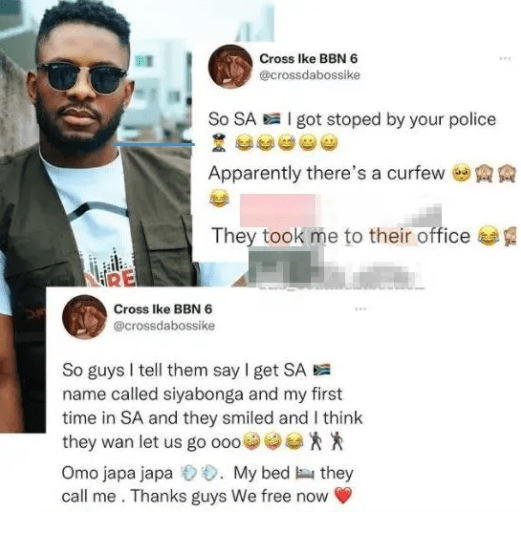 Recently Purchased RRS Helicopter 5N-LAG Had Been Owned By LASG Since...