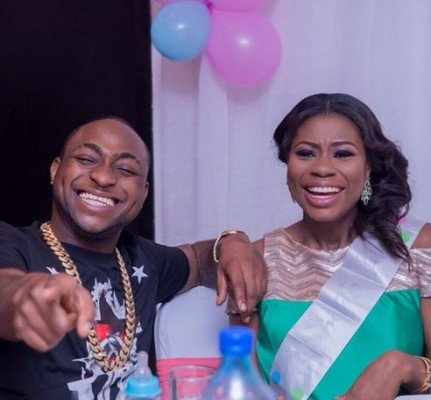 Sophia Momodu, Davido’s first babymama, has joined the list of people contributing millions to facilitate the clearance of his Rolls Royce vehicle at the ports.

The ‘OBO’ crooner took to his Instagram page to express his excitement and shock after he received his babymama’s donation.

It is believed that the entrepreneur, who happens to be the niece of Dele Momodu, the Nigerian publisher, donated N1 million to the ‘Fem’ singer.

“Haaaaaaa, mama Imade @thesophiamomodu. Thank you. Received,” he wrote in a terse post.

In 2015, Davido welcomed Imade, his first child, with Sophia.

Sophia’s donation further stretches the list of people who have participated in Davido’s fundraising.

As of the time of this report, the music star has garnered over N151 million — in less than 24 hours.