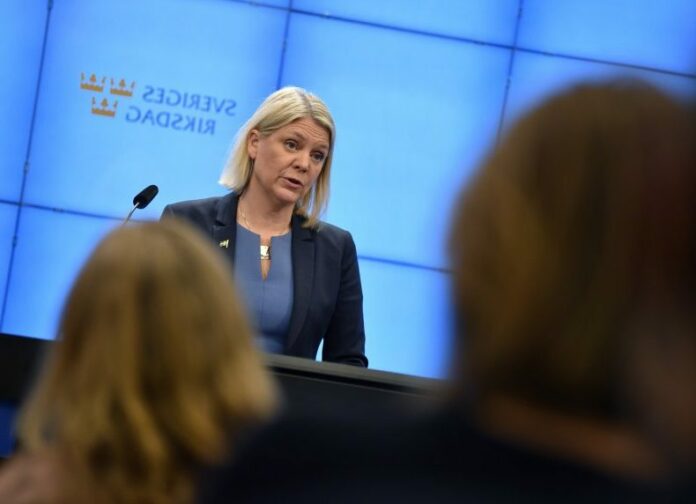 Hours after being tapped as Sweden’s first female prime minister, Magdalena Andersson resigned yesterday after suffering a budget defeat in parliament and her coalition partner the Greens left the two-party minority government.

Andersson, leader of the Social Democratic party, decided it was best to step down from the post more than seven hours after she made history by becoming the first woman to lead the country.

“For me, it is about respect, but I also do not want to lead a government where there may be grounds to question its legitimacy,” Andersson told a news conference.

Norlen, the speaker of Sweden’s 349-seat parliament, said he will contact Sweden’s eight party leaders “to discuss the situation.” Today, he will announce the road ahead.

Andersson said that “a coalition government should resign if a party chooses to leave the government. Despite the fact that the parliamentary situation is unchanged, it needs to be tried again.”

Few days to the release of her book on domestic violence,...