Aisha Yesufu, a Nigerian activist, businesswoman and co-founded the #BringBackOurGirls movement has weighed in on the criticism that came after some skit makers paid a visit to Yemi Osinbajo.

One of them was Taaoma who apologized to her fans for honoring the visit said:

“I had clear intentions and nothing more” 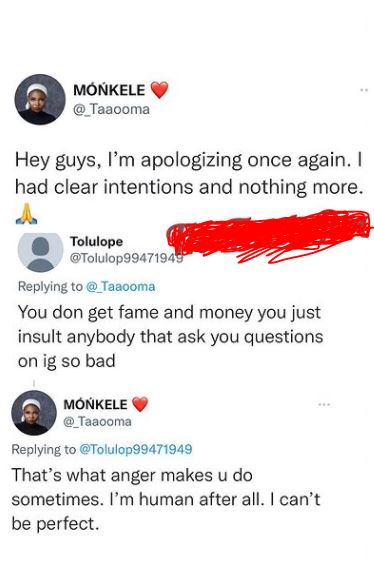 They were accused of collecting the brown envelope. Macaroni also explained that he declined the visit for a reason he explained HERE

Aisha Yesufu told Taaoma not to apologize to anyone that she didn’t do anything wrong by attending the meeting. See her tweet below: 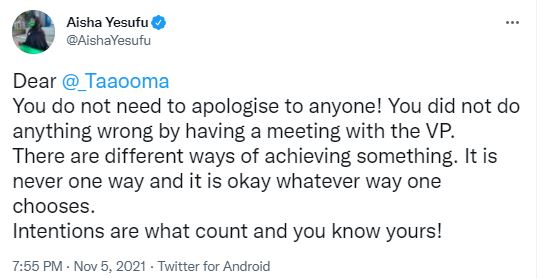 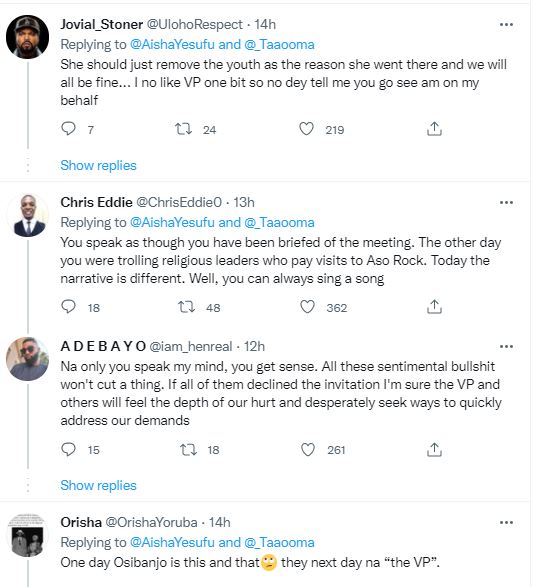 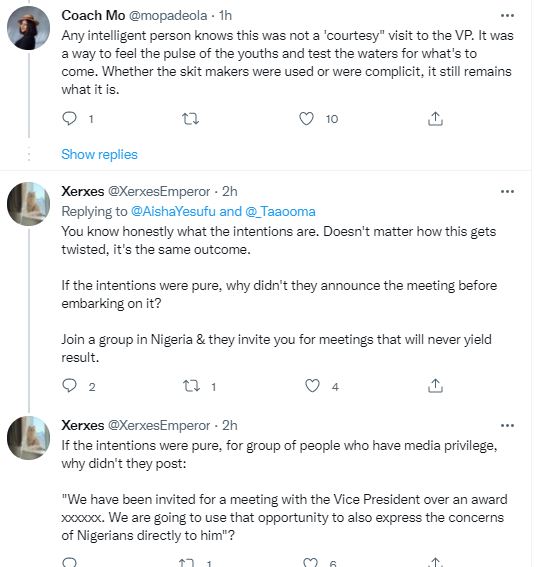