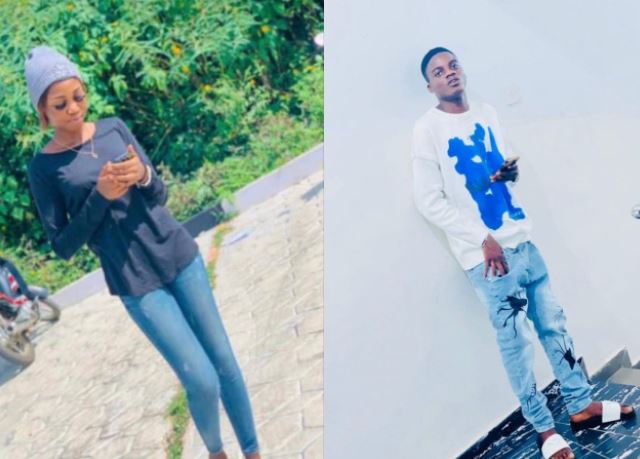 A Mass Communication student of the Osun State Polytechnic, Iree, has reportedly died after she became ill in her boyfriend’s house located in the Igaa area of the town, on Saturday.

The Nation Diploma, Mass Communication student, identified as Wumi, was reported to have paid a visit to her boyfriend where she suddenly fell ill.

On getting back from her boyfriend’s residence, she started foaming in her mouth and vomiting blood and was rushed to a nearby private hospital in Iree but she was rejected on seeing her condition.

She gave up the ghost before she could be moved to another health facility around 7pm on Saturday evening.

Confirming her death, the Public Relations Officer of the Polytechnic, Tope Abiola, said the boyfriend was not a student of the polytechnic.

Abiola stated that the deceased was a National Diploma (ND 1) Mass Communication student of the school.

The spokesperson explained that the cause of the death has not been ascertained, even as the Polytechnic has not been officially briefed about what led to her death.

He stated that the Police were still carrying out investigations on the matter.

While sympathising with the family of the student, he described the development as pathetic, adding that it was a mystery that the young lady could die in such a way.

A student, who was close to the deceased and who craved anonymity, claimed that the boyfriend is a student of the school.

She also disclosed that the boyfriend has been arrested in connection with the death of Wumi after it was reported to the police.

She stated that police personnel were deployed to the area and her body was deposited at a morgue in Ikirun town.

DAILY POST gathered that her parents have moved her remains to Lagos for burial.

The spokesperson of the Osun Police Command, Yemisi Opalola also confirmed the incident and said the police have commenced investigation.

Boy Dies With His Stealing Equipment After Being Electrocuted In Delta....