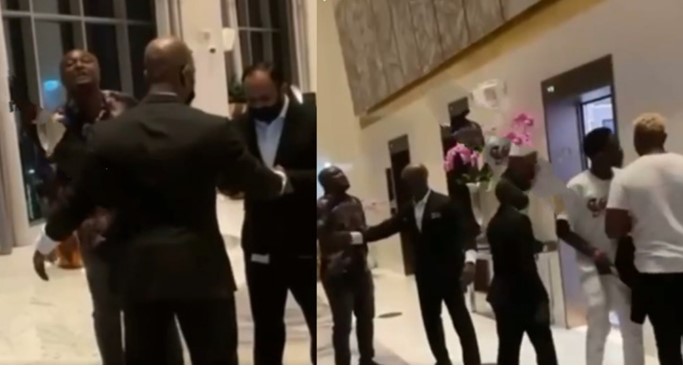 A new video has emerged detailing the havoc Isreal DMW caused before he ended up in the custody of the police in Dubai, United Arab Emirates.

Recall that the Personal Logistics Manager of Nigerian singer Davido has been arrested after he got heavily drunk and created a scene.

The story was first shared on Instagram by Nigerian blogger Cutie Julls who further added that Davido quickly got the services of his legal team before his Assistant was released after which he was made to sign a bond of good behavior.

Reliable information reaching us is that, he got stupo drank and started fighting.

His boss and his legal team were able to quickly secure his released and he’s been made to sign a bond of good behaviour or his next misbehavior in the UAE might attract more serious consequences with the law.”