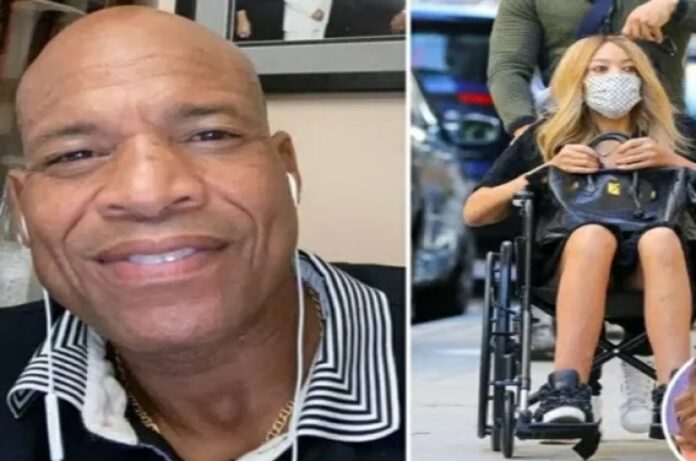 Earlier reports of American broadcaster, Wendy Williams being diagnosed with early stages of dementia has been debunked by her brother, Tommy.

Earlier the Ricky Smiley Morning Show’s Toine The Don, also known as Antoine Edwards, while giving an update on Wendy’s health on Nov. 22, said the TV host is now restricted to a wheelchair and has dementia.

He said: “It’s not looking really good… Word on the street is Wendy is confined to a wheelchair.”

Toine added that Wendy “has lost all blood circulation in her legs and in her feet” and her return to her show is up in the air.

“We gotta pray for Wendy. We know that she’s been battling with addiction, alcoholism, all that good stuff, and it’s also been reported that Wendy has been suffering from the early stages of dementia,” he said

Responding, Wendy’s brother, told The Sun: “We haven’t had any alerts like that and I haven’t seen anything like that or have had conversations with her that would lead me to believe that.”

He continued: “We routinely go up and check on Wendy even though we’re all down here in Florida… I try to make it up there and my dad speaks with Wendy frequently. So no, we don’t have any concerns concerning her mental state. It’s all physical.”

Jay Z Whisks Beyoncé Away On A Romantic Five-Week Retreat In...