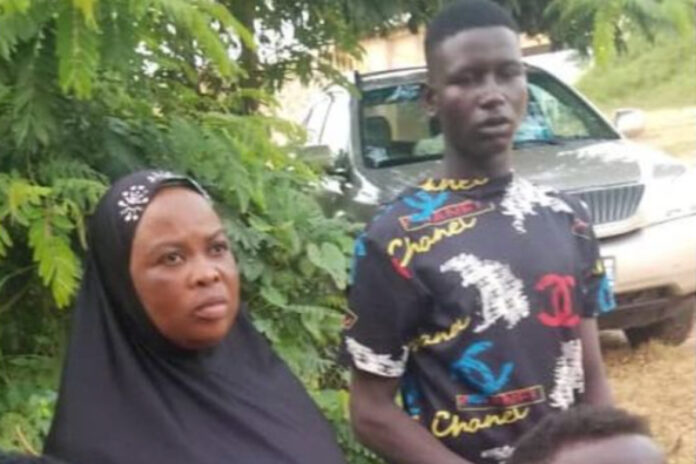 The woman is identified as Memunat Salaudeen and she was arrested together with her accomplices, Olayinka Lawal, Asungba Nura, and Usman Oluwatoyin.

Their arrest came at Papa/Itori road and they were arrested by a patrol team on stop and search duty.

The police in their submission indicated that the three accomplices were riding a motorcycle when they were stopped because of their suspicious looks.

These three people were searched and after the search, it was revealed that they had a cutlass and a newly acquired rope.

Upon sensing danger, the police consequently separated and questioned them on what they planned to use the cutlass and rope for and the statement of these three men were very conflicting.

The woman who is a nurse in their area at Balogun Tuntun Gas line Ifo had ordered these three men to hide somewhere as she lure her husband.

The plan was that when she and the husband were in an advantageous position, the kidnappers with then pounce on the man and kidnap him and ask for ransom.

When confronted, she confessed and in her confession, she stated that her husband has not been given her money and that she decided to plan his kidnapping in order to get money from him.