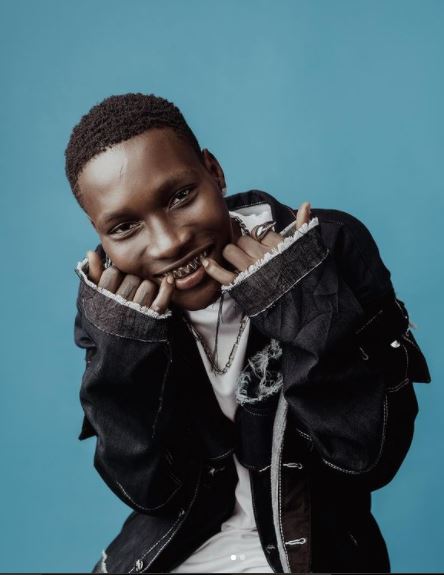 Zinoleesky is a Nigerian singer, songwriter and stage performer who is on the rise and currently one of the most trending singers in the country.

The Nigerian singer is known to have a cordial relationship with singers Ibradosky and Lil Frosh, and some reports suggest that they attended the same secondary school.

There are also claims that Zinoleesky was so good that Nigerian international act and DMW label boss Davido want to sign him to his label; he would, however, turn down the offer to sign a deal with Naira Marley’s Marlian label, under which he has been thriving massively.

His real name is Oniyide Azeez, and he was born on the 21st of November in Lagos state; there are, however, no details on who his parents are, but they are natives of Ogun state.

There are reasons to believe Zinoleesky had his childhood in the Agege area of Lagos state; there are no details of his siblings as well.

Zinoleesky is a Nigerian by birth and will celebrate his 26th birthday in November 2021.

Zinoleesky finished from Lively kiddies nursery and primary school at Agege, where he bagged his first school leaving certificate.

The Marlian record label singer then proceeded to the Boys secondary school at Agege Lagos, where he bagged his Senior School Certificate of Education. There are no details on whether Zinoleesky proceeded further to a tertiary institution.

Zinoleesky has been interested in music right from when he was young. Himself and his friends like Lil Frosh and Ibradosky would often challenge each other with freestyles.

However, Zinoleesky gained attention after popular singer Kizz Daniel saw one of his freestyles video to his single “Fvck You”, and at that time, the Flyboy Inc boss showed interest by following him on Instagram with a promise on a collaborative song with him in future.

Zinoleesky and Lil Frosh would late go on to do a freestyle on song the latter had done with Small doctor titled “Firi Yahoo”, which went viral.

As of now, Zinoleesky is signed to Naira Marley’s Marlian music label, and he was signed alongside the likes of Mohbad, C Blvk, and Fabian Blu.

The Marlian boss and controversial singer made the four artists come on stage during the 2019 Marlian’s Fest at Eko Hotels & Suites, Lagos, in December 2019.

There are no details on whether Zinoleesky is in a relationship; however, in October 2021, a video of the singer and Naira Marley’s sister Shubomi locking lips surfaced on social media, which has raised speculations that they could be dating.