Singer and songwriter, Zlatan Ibile has called out a lady, identified as Sharon for disappearing with his expensive Dior designer shirt.

The Zanku crooner took to his Snapchat handle to reveal that he gave this lady his 750k Dior shirt when she asked for a cloth to change into.

However, Zlatan Ibile also stated that ever since he gave her (Sharon) the shirt, she had absconded with it. He then went further to demand that she returns his Dior shirt. 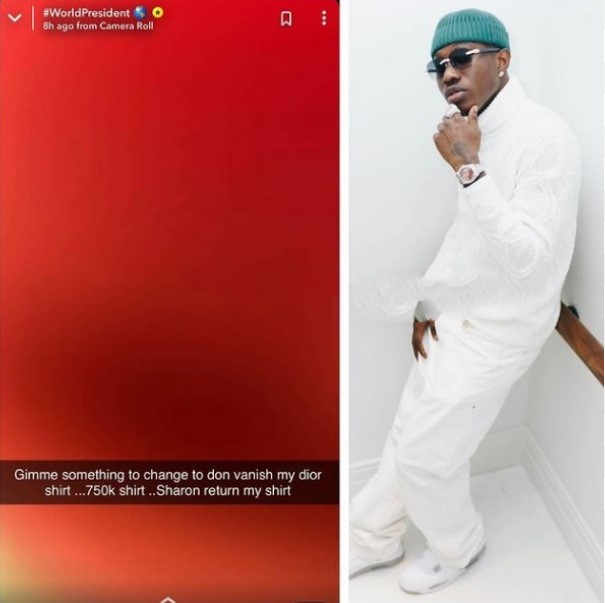 My Second Term Will Be Tough – Buhari Tells Nigerians.