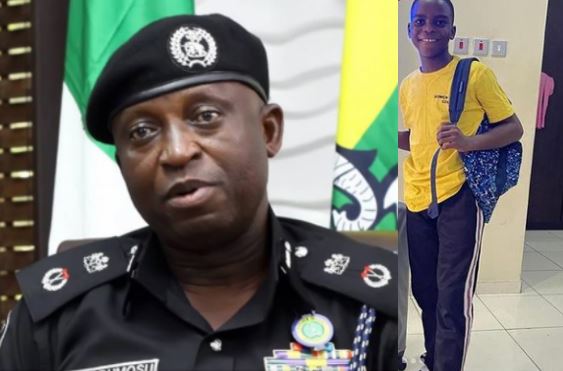 A relative of the deceased, identified as @Perrisonoromoni on Twitter, told The Gazette that the 12-year-old was battered on Friday but died on Tuesday after a series of tests and X-rays indicated that he sustained internal injuries.

According to @Perrisonoromoni, the school management had reached out to Sylvester Oromoni, the deceased’s father, a Delta state politician, claiming the boy sustained injuries while playing football at the school.

“We’re from Delta State, but he goes to a boarding school in Lekki. They called my uncle that his son was injured when he was playing football. Reaching the hospital, it was confirmed that he was being bullied and beaten up, causing internal damages,” the relative disclosed.

“After tests and X-rays, it was confirmed he was beaten up badly. He died yesterday (Tuesday) morning, and his entire body was swollen,” he told The Gazette. 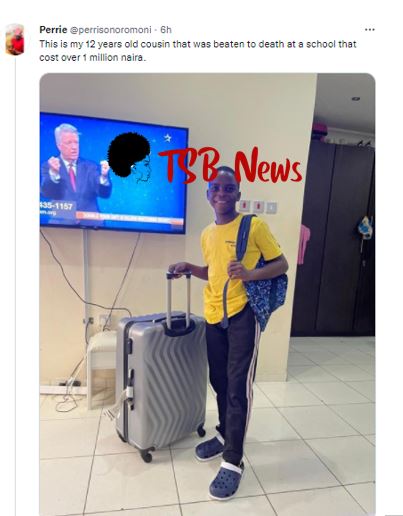 Asked if the deceased had previously complained about pressures to join a cult group, @Perrisonoromoni stated that the young Oromoni only informed his parents while in the hospital.

Before his death, he reportedly said the school’s cult members threatened to kill him if he reported them.

“Before passing, he said they’d been pressuring him to join a cult. He was admitted on Friday. He said they were going to kill him if he talked.” 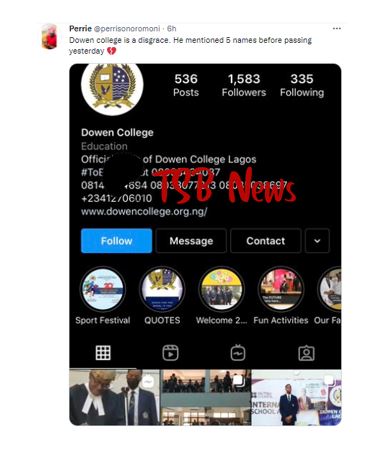 The deceased was also said to have mentioned a few names of the students who pressured him to join their cult group before he died.

When contacted by The Gazette, a Dowen College representative, Ayomide Falona, said she could not give details on the matter as investigations were ongoing.

Ms Falona also denied that cultists assaulted the 12-year-old student in the school. 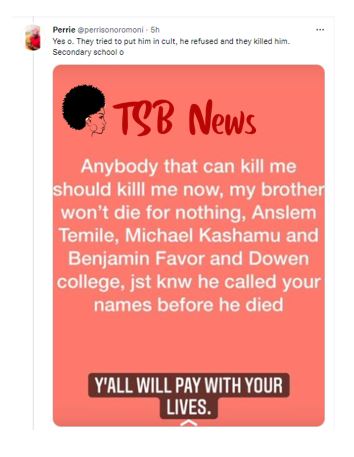 “It is not true, and there has never been a case of cultism in the school. Investigations are still ongoing, and that’s all I can say for now,” she said.

However, the spokesperson for the police in Lagos, Adekunle Ajisebutu, promised to get back to The Gazette on the matter.