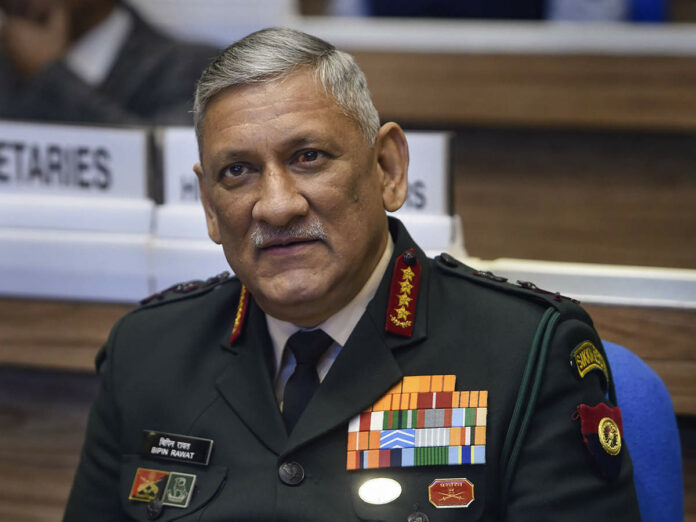 Bipin Laxman Singh Rawat, who died in a helicopter crash on Wednesday, was appointed as India’s first Chief of Defence Staff (CDS) on December 30, 2019. The former Indian Army Chief assumed office from January 1, 2020.

Gen Bipin Rawat, his wife Madhulika Rawat and 11 other persons on board the IAF chopper died in the accident in Tamil Nadu.

General Bipin Laxman Singh Rawat held the status of a four star general of the Indian Army. He was appointed as the first tri-service chief with effect from December 31, 2019, a few days after the Centre announced induction of the Chief of Defence Staff (CDS) post.

Holding the prestigeous designation of being the first sitting Chief of Army Staff to be appointed to the top post was one amongst his many accolades.

After graduating from the National Defence Academy (NDA) and the Indian Military Academy (IMA), Rawat was recruited into the Indian Army in December 1978 and was enlisted in the same unit as his father, the fifth battalion of 11 Gorkha Rifles.

Rawat was widely revered for his extensive expertise in the field of counterinsurgency warfare and has been known to have served in some of the most perilous terrains of India, including the northern and eastern commands.

He has also been an integral part of the United Nations Peacekeeping Force and had spearheaded a multinational brigade in the Democratic Republic of Congo.

Neutralising militancy in the Northeast remains one of the most significant accomplishments of General Bipin Rawat’s decorated career in Indian Army and the 2015 cross-border operation into Myanmar in which the Indian Army successfully retaliated to an ambush by NSCN-K militants is the best embodiment of his excellence.