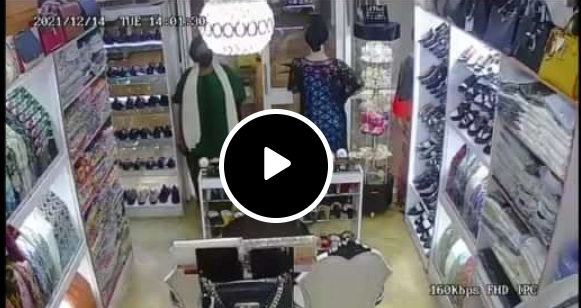 A woman has taken to her Facebook page to share a CCTV footage of a woman who allegedly scammed her at her shop.

According to the businesswoman, the lady bought items worth N132k from her shop with a fake alert in Kaduna state.

The woman identified as Kudiratu Asiyah Jinadu stated that the woman who dropped a fake number, had claimed she wanted to check one of the dresses she bought in a hotel she lodged in, but it was discovered she never lodged there.

The business woman is now seeking for any information which could help in identifying the woman.

Baby Rescued After Mother Dumped Him In A Hospital Toilet. Graphic...