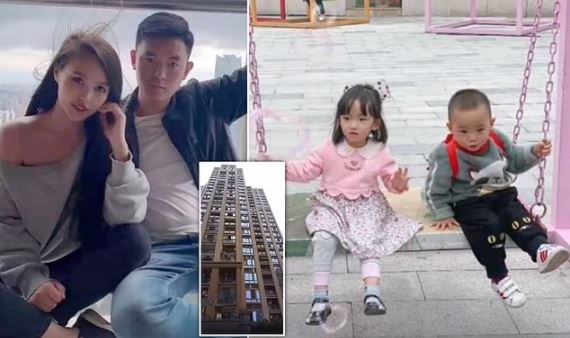 A father and his girlfriend have been sentenced to death in China after he threw his two children from his apartment building because his new girlfriend did not want another woman’s kids.

The two young children fell from the tower block in the municipality of Chongqing, China, on November 2 last year. 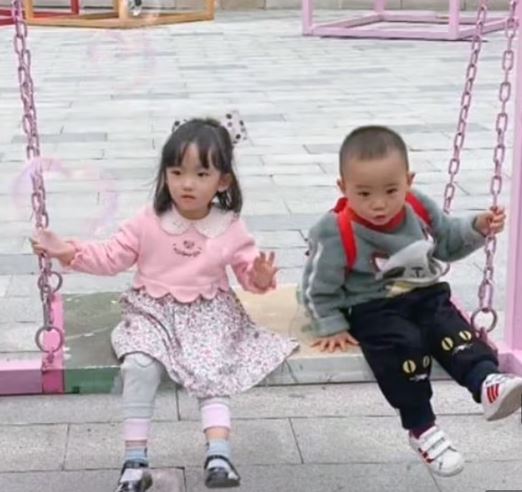 The 27-year-old had met Ye Chengchen, who he wanted to marry, but she refused to accept him while he already had children and so did her parents.

His girlfriend pressured him into getting rid of them, even cutting her wrists on the day in question to show her frustration at not being able to start a new family with him. 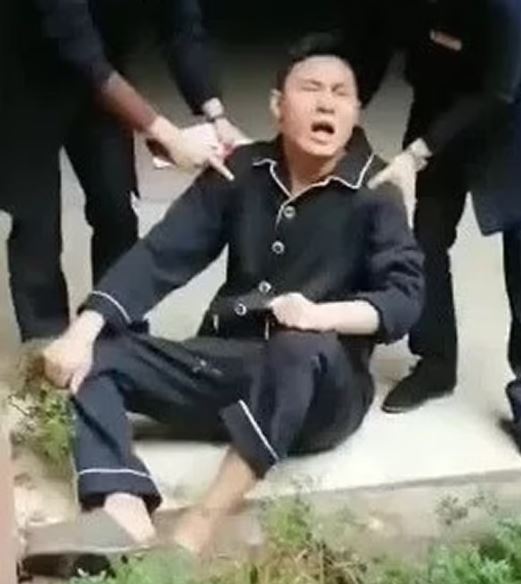 The man then threw both children out of the window before running downstairs to appear grief-stricken at what had just happened.

He was filmed banging his head on the wall and crying uncontrollably, which prosecutors said was all a sham.

He claimed at the time that he was asleep when the children fell out of the window and said he was woken up by people shouting downstairs after discovering the bodies on a grass lawn.

Zhang’s ex-wife, named Chen Meilin, told local media that his new girlfriend Chengchen ‘didn’t want Zhang to have children of his own blood’ to another woman.

Zhang started a relationship with Chengchen while he was still married, and he divorced Meilin later. Custody of the children was shared, so the daughter would remain with her mother and the son would remain with his father until he was six-years-old.

However, he asked to look after his daughter on the day that he killed both of them after seeing his girlfriend cut her wrists during a live video chat.

The dead children’s mother Chen said: ‘At that time, Zhang was on a video phone call with Ye. She slit her wrists and then Zhang got scared. The phone was dropped, he picked up the two children, and threw them from the balcony.’

According to local media, the father admitted he and Ye had plotted to kill the children so that they could start a new family without any children from his former marriage.

The suspect’s ex-wife said: ‘The moment I heard my kids were actually thrown out of the 15th-floor by their father and the mistress, I couldn’t find any words to describe my feelings.

She claimed her ex-husband cried in court and apologised for his actions while his girlfriend denied accusations against her many times.

The trial got underway at the Chongqing No. 5 Intermediate People’s Court in July.

It is unclear if they plan to appeal the decision.

I haven’t been paid for selling newborn’s placenta to cleric –...