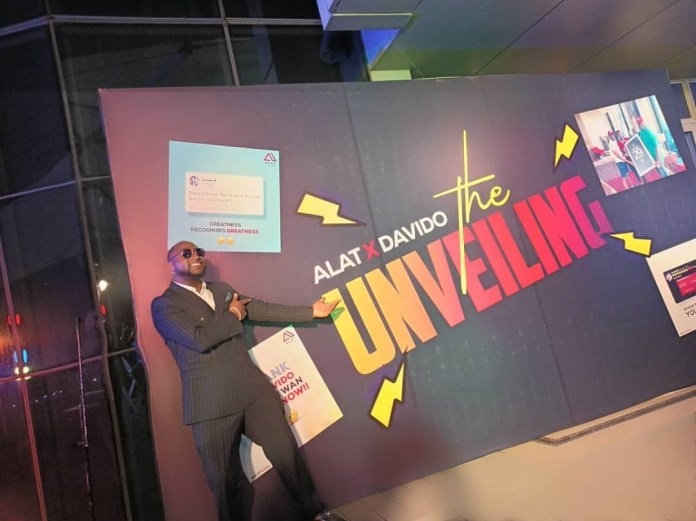 Davido, the award-winning Nigerian Afro-pop star, has bagged an endorsement deal with Wema Bank about two weeks after he inspired a Twitter fundraiser.

The ‘OBO’ was also given a brand new car by the bank during his visit to the company’s headquarters at Marina, Lagos state, yesterday.

Davido took to his Instagram stories to share video clips wherein he could be seen signing some documents with the bank.

In one of the photos, he was also seen posing with Ademola Adebise, the bank’s managing director, and Wole Akinleye, its executive director, after they had signed the deal. 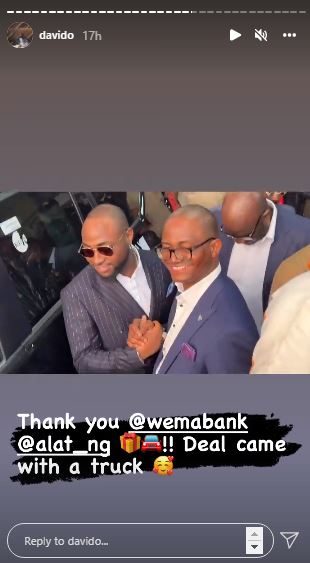 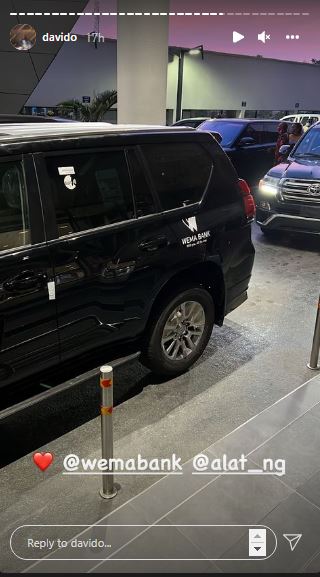