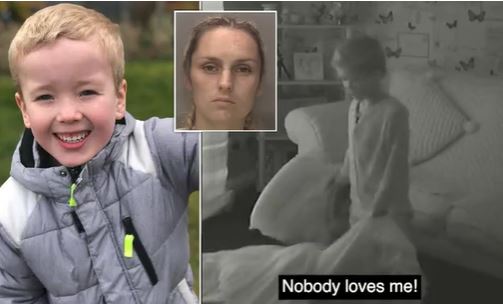 A video footage has emerged of 4 year old Arthur Labinjo-Hughes in pain complaining that no one loves him and no one was willing to feed him.

He was physically assaulted, poisoned with salt by his stepmom and father and forced to stand in isolation for up to 14 hours a day in the months leading up to his death.

A woman who killed her six-year-old stepson, who had been poisoned, starved and beaten in the weeks before his death, has been sentenced to life in prison with a minimum term of 29 years.

Emma Tustin, 32, was sentenced for the murder of Arthur Labinjo-Hughes, alongside his father, 29-year-old Thomas Hughes, who was given 21 years in prison for manslaughter.