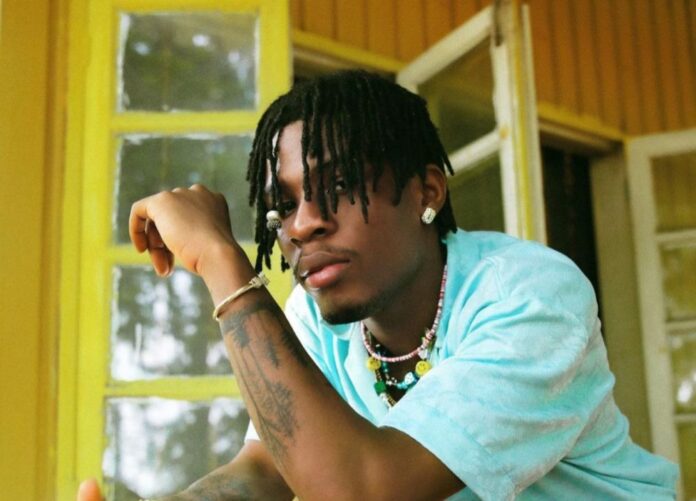 Sensational singer, Joeboy has took his fans into his past as he recalled some of his struggles while growing up.

Speaking to media personality, Chude Jideonwo in an interview, Joeboy disclosed that he lost his self-esteem due to his poor financial background.

According to him, he only had one shoe which he wore to school, however, it was not an original designer shoe and he vowed to buy lots of shoes when he grows up.

“Sometimes I felt everything should just end because it was difficult.

“I would prepare my CV. There was a time I trekked from Ilaje to Sabo in search of a job with my friend. We submitted our CVs but didn’t get the jobs eventually.

“I eventually got a job to promote products for a company under the sun. They took us to redeem camp in Ogun state, it was difficult. We were paid N5000 a week.

At that point, life was hard, I remember I only had one Nike shoe and it was fake. So, one promise I made to myself was that when I finally blow, I’ll always buy shoes.

“So, these days, when I’m down, I just step out to buy shoes. Life was more difficult than failing an exam or owing school fees.

“There was a particular time this happened to me. I’ll just say when a child is owing school fees, don’t call the child out. Just tell the child not to go to school.

It was really embarrassing for me at the time because it affected my esteem at that point.”